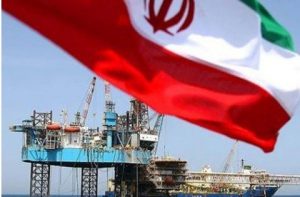 Dubai — Iran’s oil minister told the petroleum industry on Sunday to be on alert to physical and cyber attacks, amid heightened tensions with the United States in the Gulf region.

U.S. media reports have said Washington was considering possible cyber attacks against Iran after the Sept. 14 attacks on Saudi Arabia’s oil sites, which U.S. officials blamed on Tehran. Iran has denied the charge.

“All companies and facilities of the oil industry should be fully alert to physical and cyber threats as sanctions target the petroleum industry,” Oil Minister Bijan Zanganeh said in a statement, carried by the Oil Ministry’s news agency SHANA.

Reports on social media had said there was a cyber-attack on some petrochemical and other companies in Iran on Sept. 21, although a state body in charge of cyber security denied there had been a “successful” attack.

Iran has long been on alert for cyber threats, after the United States and Israel covertly sabotaged Iran’s nuclear programme in 2009 and 2010 with the Stuxnet computer virus, which destroyed Iranian centrifuges that were enriching uranium.
like us facebook