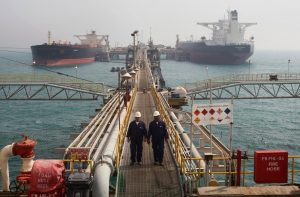 27 December 2018, News Wires — Exports from Iraq’s northern Kirkuk oilfields to the Turkish port of Ceyhan will stay at between 80-90,000 barrels per day (bpd) as most of the crude produced is being diverted to feed refineries in the north, Iraq’s oil minister said on Wednesday.

Jadir also said a BP technical team was now operating in Kirkuk and would prepare a study reviewing plans for increasing production by the end of 2019.

“BP is currently working with the North Oil Company on preparing a technical study that will completely reevaluate Kirkuk production capacity and how to increase it,” he said.

“They are currently on the ground and we expect to present the final study before the end of next year before reaching an agreement with the company.”

Oil Minister Thamer Ghadhban said Iraq was in the final stages of talks with Exxon and CNPC over a mega energy project in the south and expected to sign the agreements soon.

Ghadhban said he was optimistic about reaching an initial deal soon but that he could not predict an exact date.

The deal with Exxon and CNPC will help Iraq to expand the crude loading capacity from its oil export terminals to 6.5 million bpd, the minister added.