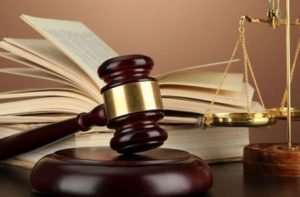 Milan — An Italian judge accepted on Thursday a request filed by energy group Eni with prosecutors to pay 11.8 million euros ($14 million) to settle an investigation into oil permits in Congo Republic.

“Eni reiterates that is pleased that the Milan Court also confirmed the absence of alleged offences of international corruption: this decision allowed the definition of the settlement”, the company said in a statement.

Reuters previously reported sources saying the settlement request had come after prosecutors agreed to downgrade the allegations from international bribery to undue inducement.

Eni filed the request with prosecutors in Milan earlier in March and sources had said the approval by the judge was expected on Thursday.

Settling a criminal case in Italy does not involve any admission of guilt or responsibility.

The probe, launched in 2017, revolved around allegations that to win renewal of oil licences in Congo Republic, Eni agreed to sell stakes in the licences to a company whose shareholders included public officials in the African nation.

Eni has said it had no role in the allocation of licences or in the Congo Republic government’s choice of local partner.