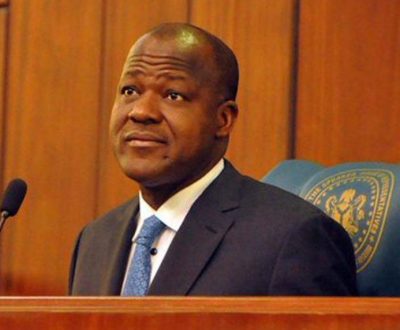 07 April 2018, Sweetcrude, Port Harcourt — The Speaker, House of Representatives, the Rt. Hon. Yakubu Dogara, has announced that it is a crime against humanity for employers to casualise Nigerian workers in any form.

The Speaker assured that the bill against casualization and outsourcing which is before the House will be given a speedy passage as soon as members resume sitting from the Easter break.

Dogara made this known at the fourth quadrennial delegates conference of the Nigeria Union of Petroleum and Natural Gas Workers, NUPENG, in Port Harcourt, the Rivers State Capital, while he gave assurance of the House commitment to support organised labour in the country.

Represented at the event by the member representing Obio/Akpor Federal Constituency, Rivers State, in the House of Reps, Mr. Kingsley Chindah, Dogara said NUPENG has been the most organised labour union in the country.

Speaking on the theme, Impact of Technology (Industry 4.0) on Industrial Relations in the Workplace, the Speaker commended NUPENG for being proactive in their concerns on the fourth industrial revolution, which he said was centered on technological advancement as machines and robots are taking over jobs of humans.

According to him, “The Bill against casualizatiion and outsourcing is also before the House, I have to inform you that we think it is a crime to causualize Nigerian workers, it is a crime against humanity.

“The Speaker has assured that that Bill will receive speedy passage as we go back after the Easter break.”

The Speaker who also chaired the occasion, called on government at all levels to wake up to the reality of the fourth industrial revolution and on the need to plan ahead of time.

Also speaking the Rivers State Governor, Chief Nyesom Wike, stated that industrial relations thrive better in a democratic environment where there is rule of law.

Wike ‎who also commended NUPENG for the determination to build a tankers park in the state, assured members of the union of his administration’s commitment to support the project to fruition.

“Let me congratulate you on your fourth quadrennial delegate conference with the theme, Impact of Technology on Industrial Relations in the Workplace.

“We all know that employment of technology in the work place is almost inevitable for employers to remain competitive in the business environement, this is even more so in the oil and gas industry where exploration, production and export of oil and gas are are done with modern technology.

“However, suffice me to say that industrial relations thrive better in truly democratic environment where there is good governance and where the rule of law plays against the rule of strong men.”

For his part, the outgoing National President of NUPENG, Mr. Igwe Achese, said that the union remains united and no amount of blackmail by the fifth columnists can divide or destroy it.

Achese decried that technology and automated machines were taking over the jobs of its members, especially in multinational companies in the country.

He thanked governor Wike for giving the union a certificate of occupancy for the NUPENG Tanker Park in Eleme which is about 45hectares of land.

“Robots and automated machines are taking over our jobs, especially in multinational companies operating in Nigeria.

“This has led to massive job loses thus complicating unemployment situation in the country, in a nation where half of the population of our youths are unemployed. This calls for food for thought and has to be addressed holistically,” Achese said.