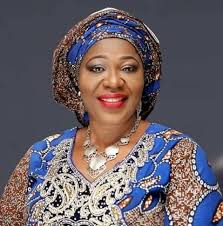 Port Harcourt — The senator representing Akwa Ibom South Senatorial District, Sen. Akon Eyakenyi, has called for the reinstatement of all recently sacked workers of ExxonMobil of Akwa Ibom origin, vowing to undertake an appraisal of the firm’s corporate social responsibility in the last 65 years.

Similarly, the member representing Degema/Bonny Constituency in the House of Representatives, Hon. Farah Dagogo, has written to the Managing Director Of Mobil Producing Nigeria Unlimited, Paul McGrath, demanding for the reinstatement of 495 workers sacked by the oil firm.

Senator Eyakenyi, who berated ExxonMobil for gross insensitivity, said since 1955 when Mobil began operations in the state, there has been no commensurate development of its host communities and by extension, the entire Akwa Ibom State.

The statement titled, we have had enough of ExxonMobil’s slight, berated the compnay for refusing to relocate it’s headquarters, also said a company which has over 300 producing wells in the state, is expected to care about the welfare of Akwa Ibom State, particularly the host communities.

The Lawmaker accused the company of refusing to recognise the five Local Government Areas making up Oron Federal Constituency as its host communities in line with a valid Resolution passed by the House of Representatives.

“Prioritisation of employment of indigenes of their host communities and the provision of social amenities are very important components of the CSR policy of responsible organisations all over the World. This important policy does not envisage the sack of such staff at the least promptings and during temporary reduction in profits.

“Akwa Ibom State suffers brazen discrimination with respect to ExxonMobil’s employment policies. While most of Akwa Ibom citizens are employed as contract staff, others from outside the State are taken as permanent staff of the company.

“This explains why Akwa Ibom State has always been the worst hit each time ExxonMobil retrenches its workers. Statistics of the recent massive retrenchment of staffers of the company reveals that over 75% of the people sacked are Akwa Ibom natives. Is ExxonMobil telling the world that Akwa Ibom State does not have skilled people it can employ on permanent basis?

“The discriminatory treatment of Akwa Ibom workers in the Company is hereby strongly condemned. We call for the reinstatement of all recently sacked workers of the Company (permanent and contract staff) of Akwa Ibom origin. We shall undertake an appraisal of the Company’s Corporate Social Responsibility for the past 65 years.

“Our God-given natural resources cannot be extracted, our environments polluted, our means of livelihood forfeited, our health compromised without commensurate compensations. We are ready to take it up with ExxonMobil once and for all. Enough is enough.”

The lawmaker said the negative impacts of ExxonMobil’s operations such as pollution, communal clashes, oil spillages from Mobiil facilities have damaged the fauna and flora within the host communities’ ecosystem, led to the loss of livelihood of the people, without adequate compensation.

She warned that the peaceful and hospitable nature of Akwa Ibom State over the decades to ExxonMobil, does not mean weakness and helplessness.

“Despite the fact that ExxonMobil does all its business in Akwa Ibom State, it has displayed the highest level of insensitivity towards its responsibilities to Akwa Ibom State. ExxonMobil has defiantly bluffed Akwa Ibom’s repeated calls for the relocation of its corporate headquarters to the State where it is making billions of dollars.

“The sad reality is that, ExxonMobil takes almost all of its decisions at its Corporate Headquarters located outside Akwa Ibom and passes same to Akwa Ibom State where its production operations take place. Contract bids and awards, advertisements for recruitments, interviews and employments of staffers are all done outside Akwa Ibom.

“This leads to a situation whereby greater percentage of ExxonMobil staff particularly the top management work outside Akwa Ibom and pay their taxes to another state, while Akwa Ibom suffers the externalities of ExxonMobil’s exploration and production operations.

“What ExxonMobil has done to Akwa Ibom State over the decades is a classical case of robbing Peter to pay Paul. Another state which neither hosts ExxonMobil nor own the crude oil ExxonMobil extracts, comfortably sits far off to rake into its coffers huge amounts from taxes and as well gets its economy boosted by hosting the company’s corporate headquarters while Akwa Ibom remains on the receiving end of negative effects of the IOC’s activities,” the senator said.

Similarly, Hon. Farah Dagogo, has wondered why Exxonmobil would hastily retrenched its workers, when the House of Representatives, already has passed the Nigerian Emergency Economic Stimulus Bill into law to cushion the effect of the COVID-19 pandemic.

Dagogo, who represents Degema/Bonny Federal Constituency, pointed out that the timing of the sack was curious when global oil prices have surged to a two month high on growing signs of a rebound in oil demand.

He explained that aside the passed bill, the Federal Government has equally rolled out other measures aimed at re-jigging the economy as well as preventing sack of workers, lamenting that a larger percentage of the sacked workers are his constituents from Bonny, Rivers State and Akwa Ibom State.

“I am yet to comprehend how ExxonMobil intend to justify this unholy and hasty retrenchment of over 495 of its staff in the Niger Delta states of Rivers and Akwa Ibom. The people of my constituency in Bonny constitute a large fraction of those regrettably thrown into the job market.

“It is curious that ExxonMobil will decide to sack these workers when the Federal Government is trying all it could to mitigate the effects of COVID19 pandemic on businesses in the country.

“The House of Representatives recently passed the Nigerian Emergency Economic Stimulus bill into law with provisions for temporary relief to companies and individuals to alleviate the adverse financial consequences of a slowdown in economic and business activities caused by COVID-19; as well as protect the employment status of Nigerians who might otherwise become unemployed as a consequence of management decision to retrench personnel in response to the prevailing economic realities.

“I do not know how ExxonMobil in good conscience will justify the sack of these workers who are in its lower cadre of employment. Part of my constituents in Bonny are affected, as well as others in Rivers and Akwa Ibom States. It is paramount that ExxonMobil reconsider this retrenchment.”