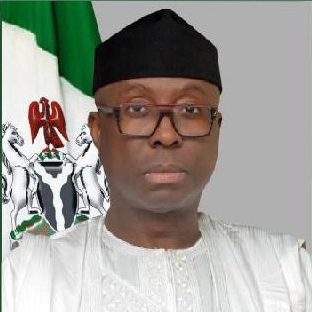 Port Harcourt — The proposed free zone in Akwa Ibom State, has already reported investment commitments worth over $10billion with the potential to create more than 7,000 long-term jobs, the Federal Government has said.

The free zone, named Liberty Oil and Gas Free Zone, which is expected to be the largest in West Africa, sits on 50,000 hectares of land spread across six local government areas of Ikot Abasi, Eastern Obolo, Oruk Anam, Mkpat Enin, Onna and Ibeno.

The Minister of Industry Trade and Investment, Otunba Adeniyi Adebayo, who is the supervising minister for the nation’s free zones, described the project as a game changer.

“The Liberty Oil and Gas Free Zone is expected to generate industrial clusters that will deliver impetus to the Federal Government Industrial Revolution Plan by fast-tracking the development of related industries such as lubricant and plastics manufacturing, utilizing abundant hydrocarbon feedstocks in the zone.”

When the entire free zone comes on stream, it will position the country as the destination for future downstream investments in the oil and gas industry, especially in logistics and manufacturing.

The Liberty Oil and Gas Free Zone, which has already been approved by the Federal Government, is jointly promoted by the Akwa Ibom State Government, the Nigerian National Petroleum Corporation, NNPC and American investors, the Black Rhino Group.