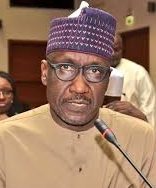 Kyari, who said the NNPC was aware of this, stated that it was this realisation that had led the NNPC to seek further expansion of the Nigeria Liquefied Natural Gas, NLNG.

Kyari revealed this as he dropped hints that the NNPC has commenced discussions on the NLNG Train 8 project with its partners. The LNG shareholders had earlier this year taken the Final Investment Decision, FID, for Train 7.

According to Kyari, Train 8 is the Federal Government’s effort at establishing gas hubs that would lead to the creation of other LNG projects.

According to him, having more LNG facilities would create “more jobs, more employment, more expansion of the economy. We agree with this and we are also chasing that appropriately.”

It is owned by four shareholders – the Federal Government of Nigeria, represented by the NNPC, which holds 49 percent shares in the venture; Shell Gas B.V., with 25.6 percent; Total Gaz Electricite Holdings France, 15 percent; and Eni International N.A. N.V. S.àr.l , 10.4 percent.