Lukoil sees no need to cut oil output in 2019 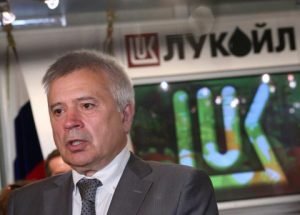 Russia is part of a group of OPEC and non-OPEC oil-producing nations that teamed up two years ago in an effort to rebalance the market. The group first decided to cut output but changed course in June as prices spiked on fears of a shortage.

On Monday, Saudi Energy Minister Khalid al-Falih said OPEC and its allies agreed that technical analysis showed a need to cut oil supply next year by around 1 million barrels per day (bpd) from October levels.

Vagit Alekperov, head of Russia’s second-biggest oil producer Lukoil, told reporters he saw no need for a cut next year.

“I don’t see any point in cutting … So far I don’t see any necessity for this,” he told reporters in Abu Dhabi. Lukoil is one of a number of Russian oil companies that have increased production since the deal was reversed in June.

October’s level was around 460,000 bpd more than the 10.947 million bpd it had initially agreed to produce. Russian oil companies supported the June decision to raise output, as many had put new projects on hold due to previous cuts.

Lukoil, for example, has increased output by 30,000 bpd in line with the June agreement to ease curbs on production, Alekperov said earlier on Monday.

Russian Energy Minister Alexander Novak told state television Rossiya-24 in an interview broadcast on Monday that no decision on global oil production was taken at a joint OPEC/non-OPEC ministerial committee meeting over the weekend.