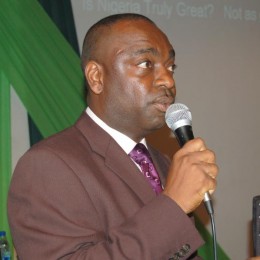 28 April 2012, Sweetcrude, Yenagoa – Major projects to be executed henceforth in the oil and gas industry must leave behind legacies in facilities and infrastructure that will employ Nigerians and support the life cycle of the project, the Executive Secretary, Nigerian Content Development & Monitoring Board, Engr. Ernest Nwapa has said.

According to him, gas infrastructure projects like the forthcoming Gas Master Plan and Trans Saharan Pipeline will be expected to generate pipe mills while LNG and FPSO projects must develop dock yards, integration yards and engineering centres of excellence to support project activities.

While admitting that setting up legacies on the back of major projects might increase costs, Nwapa stressed that about 20,000 persons that will be employed directly and indirectly even after the completion of the project would make the additional costs worthwhile.

He also clarified that such costs and slight delay that may result from executing projects in Nigeria will normally be aligned when subsequent jobs are executed in-country.

He said, “That is how to keep our facilities and manufacturing plants open and employ people.

When you do a job repeatedly, the cost will come down and the expertise will mature.

If we insist on local manufacture, we will gradually achieve industrilisation.”

He further dispelled the age long belief that the oil and gas industry cannot employ large numbers of Nigerians, tracing it to the now discarded total reliance of the industry on importation for all of its requirements.

On the role of the unions in the implementation of Nigerian Content Act, Nwapa explained that provisions of the Act promoted the goals and aspirations of labour, some of which include improvement in welfare of members, training opportunities, creation and retention of jobs and ensuring career growth.

He told the union leaders that structured implementation strategies adopted by the Board focused on creating facilities where industry work can be performed in-country, spend retained and jobs created for Nigerians.

The Executive Secretary maintained that this strategy also creates productive employment, which he described as more critical to national development as against social employment, whereby companies and some government agencies are forced to employ workers they do not need.

These facilities used in executing industry work in-country, he further stated, will also provide locations for practical on the job training for professionals and vocational skills development.

He explained that most operating companies did not have capacity to employ many people, having outsourced most of their primary activities to service providers who can now employ large numbers of staff if patronized.

Nwapa also said that the Board’s Equipment Components Manufacturing Strategy seeks to promote local manufacture and assembly of equipment and systems required for Oil and Gas industry, including parts and components.

The strategy will also help to create employment opportunities for Nigerians in the industry by insisting that Manufacturers of Equipment used in the industry begin local manufacture of some components, thereby ensuring that substantial value of oil industry work is domiciled and spend is retained in-country, he said.

The Executive Secretary further charged leaders of the unions to rise above their traditional concerns and support the implementation of the Act, which will help create and secure jobs for Nigerians in the industry and support sectors.

They should also insist that their management to comply with provisions of the Nigerian Content Act and encourage the establishment and patronage of facilities in Nigeria.

In his comments, President of PENGASSAN, Comrade Babatunde Ogun commended the Board for the strides it had made in the implementation of the Act.

He assured the Board of the Unions’ support and promised to educate their members on the provisions of the Act and the implementation strategies.

Also speaking, Secretary General of PENGASSAN, Comrade Bayo Olowoshile charged the Board to be steadfast in the enforcement of its expatriate quota guidelines and to compel companies operating in the Onne Free Trade Zone to abide with the extant labour laws.

He also requested the Board to involve the unions in the implementation of the Act and when engaging stakeholders with respect to regulations that border on the industry.