Mexico’s largest oil refinery opens to fanfare, not yet operational

The Olmeca refinery owned and operated by state-run oil company Pemex is billions of dollars over budget and still under construction, but that did not stop Lopez Obrador from headlining a splashy inauguration ceremony at the facility built just off the Gulf coast port of Dos Bocas in his home state of Tabasco. 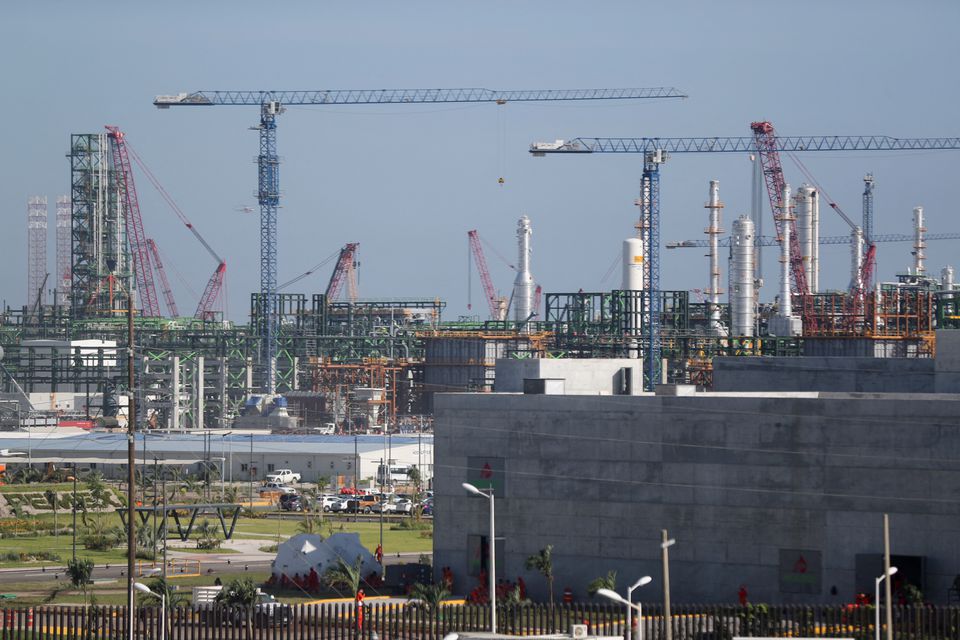 In a speech, Lopez Obrador dismissed critics who argue that fossil fuels should no longer be part of Mexico’s energy future, while also criticizing past governments for failing to build a new refinery in nearly four decades.

“During all this time, they bet on selling crude oil and then buying gasoline, diesel and other fuels in foreign lands,” said Lopez Obrador.

But officials have said the Olmeca refinery likely will not be ready to start producing motor fuels until 2023, as months of testing are necessary once construction is complete.

Lopez Obrador himself recently conceded the facility will end up costing between $11 billion-12 billion, not the roughly $8 billion he originally set as its maximum cost.

In April, sources close to the project told Reuters it will cost at least $14 billion while other reports have put the final price tag several billion dollars higher.

Two people familiar with the matter recently told Reuters the new refinery will only be running near capacity in 2025.

The president, a leftist resource nationalist, argues that the refinery can help wean Mexico off of imported motor fuels, almost all of which is supplied by U.S. refiners, which he says undermines the country’s sovereignty. He also believes the refinery can better protect Mexican motorists’ wallets from the volatility of the international oil market.

The refinery, with a top crude processing capacity of 340,000 barrels per day, will be Pemex’s largest once it comes online.

In separate remarks prior to the president’s speech, Pemex Chief Executive Octavio Romero said the Salina Cruz refinery in Oaxaca, currently Pemex’s biggest, will also be upgraded to include a major new coking plant, which is needed to more efficiently process heavy crude into higher-value fuels.

Romero said construction company ICA Fluor has been awarded a turnkey contract for the Salina Cruz coking plant, which he said will come online in 12 months.

The Pemex boss did not detail the additional cost needed for the project, only that $1.4 billion had already been spent before it was suspended for six years.