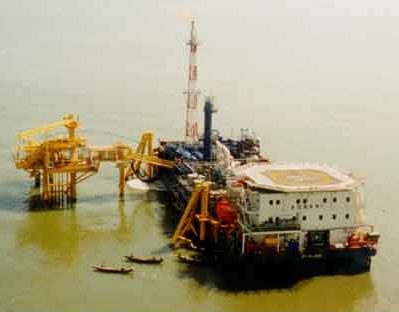 05 March 2017, Sweetcrude, Lagos — Moni Pulo Limited, a foremost indigenous Oil Exploration, and Production company, has recorded 4 million man hours with no lost time injury, NLTI, aboard the Agbani Floating Production Facility. Reaffirming its commitment to maintaining its Health, Safety and Environment standards even as the company’s NLTI continue to improve.

Speaking during the celebration to mark the landmark achievement aboard the Agbami FPF facility, Head HSE, Daere Inengi of the organisation, said that as at November 2017, Moni Pulo had achieved 4 Million Man-hours NLTI, up from One million in January 2003.

He further explained that Moni Pulo’s membership of the British Safety Council (BSC) testifies to its total commitment to health, safety, security and environment issues and also the reason the company submits itself to audits from the regulatory agencies in the country and international organizations such as Lloyds that certifies the company’s Agbani FPF barge.

Management also emphasised that “Matters of HSSE are treated with utmost importance by the Executive Management and Staff of Moni Pulo.

To maintain and improve upon its acclaimed high HSSE standards, Moni Pulo remains committed to its HSSE policy and management systems through compliance with statutory regulations, capacity building, routine maintenance of its facilities, proactive management of any identified non-conformance issues and good reporting practices on HSSE matters, among others.