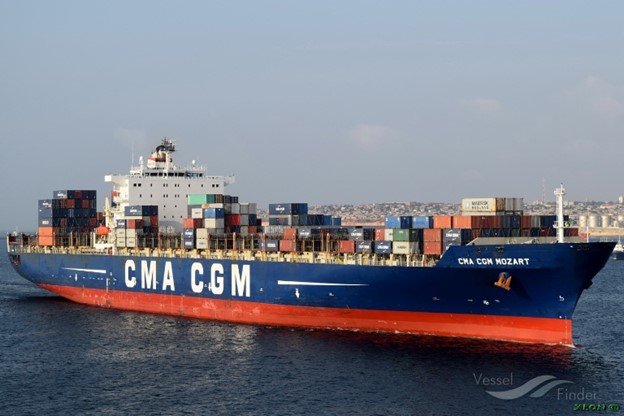 Sao Tome — There are indications that the Liberian flagged container ship MV MOZART was boarded approximately 98nm NW of Sao Tome while transiting from Lagos to Cape Town.

Reporting indicates that the citadel was breached and 15 crew were taken with one crew member killed (nationality of crew member not confirmed) while three crew members were left onboard the Mozart.

This incident is an exceptional incident for both its severity and distance from shore. This is the furthers offshore incident recorded in West Africa. This the 5th offshore incident the GoG HRA this year. Total incidents throughout West Africa in 2020 showed a partial increase of 12% on those of 2019. Incidents of boardings increased to 18 in 2020 from 13 in 2019.

Vessels are advised to operate within this area at a heightened posture maintaining the highest levels of vigilance whilst implementing full hardening / mitigation in accordance with BMP West Africa where possible. In addition the IMB advises that vessels remain at least 200nm-250nm offshore where possible.