“N20,000 to unemployed youth, another conduit pipe for politicians” – Congress 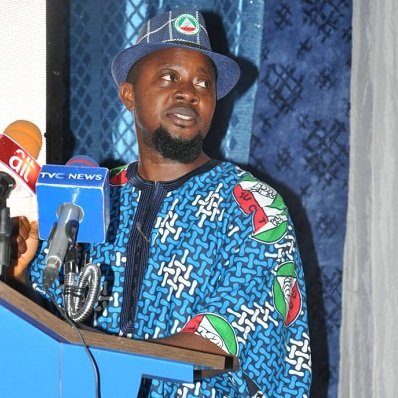 Lagos – The President, Trade Union Congress, Comrade Quadri Olaleye has described N20,000 to the unemployed youths, for a period of three months to maintain public and social infrastructures in the country as conduit pipe for politicians and their foot soldiers.

In a press release sent to SweetcrudeReports, the TUC boss said, the Union vehemently kicked against the Federal Government’s plan to pay the sum of twenty thousand naira, (N20,000) to unemployed youth.

“As far as the Congress is concerned this is another conduit pipe for politicians and their foot soldiers. There is mindless looting of the nation’s treasury going on and the federal government appears to pat perpetrators at the back”

“At first it was N5, 000 for the poorest of poor, now it is N20, 000 for the unemployed youth. We are going to protest against that, not because it is a bad idea but because we saw how the palliatives they distributed went. They have never been sincere and this will not be an exception” he fumed.

Reacting to the school feeding program, he stressed that, it should beat the imagination of every sane and right thinking person why a sagging economy like Nigeria should be feeding children that are under the care of their parents during the lockdown.

Olaleye queried that, what stops the government from adding a certain percentage of workers salary to the take home of workers so that parents can feed their children well and also give out soft loans to operators in the informal sector or even stop local governments from collecting tax from them.

He revealed that, Nigerians were happy when the news came that government was working with the Power Holding Company of Nigeria (PHCN) management to ensure Nigerians did not pay electricity bill for two months they were at home but unfortunately the bills served Nigerians were the highest ever, he added that “shops and offices were not open for business yet they were served estimated bills”

He averred that, as a body they commend the President in his effort to bring succour to the unemployed and that was quite thoughtful of him but the payment of N20, 000 to 1,000 unemployed persons per local government area for a period of three months does not in any way solve the unemployment challenge.

Olaleye said, the Union in their opinion opined that the President and his economic team should use that money to build factories in the whole 774 Local government areas in the country.

He called on the government to do a feasibility study on the local governments and invest accordingly.

He disclosed that, the President of African Development Bank (AfDB), Dr. Akinwunmi Adesina stated without ambiguity recently that until Africa starts adding value to their natural resources, they will not come out of the shackle of underdevelopment and poverty.

“Enough of the scam, the President may have a good intention but experiences have shown that those who handle the task are irresponsible, selfish, insensitive and lack milk of human kindness in them” he said.