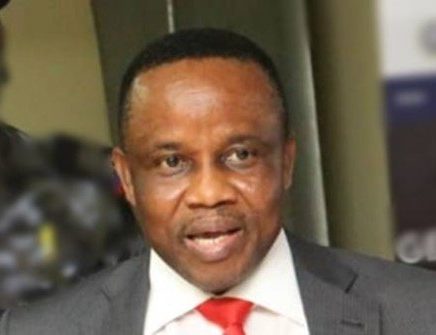 Port Harcourt — The Niger Delta Development Commission, NDDC, has pledged to provide a 1,000KVA power generating set and a 23-seater bus for the Niger Delta University, Amassoma, Bayelsa State, for an enhanced educational environment for students.

NDDC Interim Administrator, Mr Efiong Akwa, made the pledge during a courtesy visit by a delegation from the university, to the Commission’s headquarters in Port Harcourt, the Rivers State capital.

Akwa stated that the NDDC was committed to building capacity in Nigerian universities, noting that the Commission was making plans to run its post graduate scholarship programme in universities in the Niger Delta region.

He said that the previous system where the Commission sponsored students on foreign scholarships for post graduate studies was not sustainable, adding that it was better to train the students in universities in the Niger Delta region.

“We assured you that the Commission will immediately provide a 1,000KVA power generating set and a 23-seater bus for the university.”

Commenting on the NDDC Forensic Audit, Akwa revealed that the final report of the Forensic Audit was ready and would be presented to President Muhammadu Buhari shortly.

“The Forensic Audit of the NDDC is ready and will be presented to President Buhari. In fact it achieved a lot and it wasn’t a witch-hunt.”

Earlier, the delegation from the Niger Delta University led by the Vice Chancellor, Professor Samuel Edoumiekumo, appealed to the Commission that the university needed more projects to expand its capacity.

Edoumiekumo regretted that the hostel project for the university awarded by the NDDC in 2007 was abandoned.

He also sought NDDC’s assistance in the provision of power generating sets, construction of students’ hostels and school buses for the university.

“For instance, we have a student population of 20,000 but we can only accommodate 2,500 and this creates a challenge for our quest to provide a conducive learning environment.”