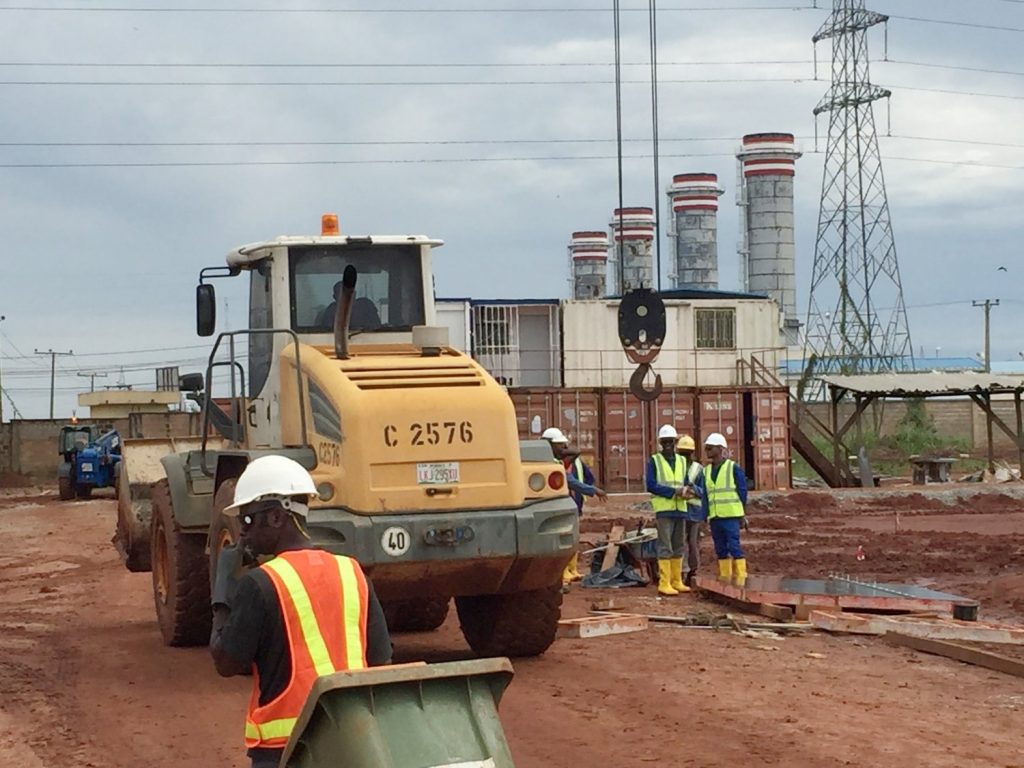 20 December 2017, Sweetcrude, Lagos — The first turbine of the 459-Megawatts Azura Power plant was synchronised and connected to Nigeria’s national grid and began producing electricity for distribution across the country today.

This marks the start of a four-month period of intensive commissioning of the 459MW Azura-Edo IPP located in Benin City, Edo State.

The plant is comprised of three Siemens turbines, each of which is capable of producing 153MW.

The first turbine synchronised today will undergo a battery of tests over the coming five weeks.

Tests on the second turbine will begin at the end of January 2018, with the tests on the third turbine commencing at the beginning of March 2018. The commissioning process will then conclude at the end of April 2018 when the plant is scheduled to reach full commercial operations, Sweetcrude Reports can report.

During this four-month commissioning period, the plant will produce over 100,000-megawatt hours of electricity which will be sold by the National Bulk Electricity Trading PLC (NBET) to the country’s distribution companies.

Deputy Managing Director, Mr Edu Okeke, expressed his pleasure that the commissioning process will start before Christmas: “This festive season is one of the peak periods for electricity consumption in Nigeria and it’s a source of real pride for Azura that we were able to bring our first turbine onto the Grid before Christmas Day.”

The project construction began in January 2016 and was anticipated to reach completion in December 2018.

Okeke added that with the vast bulk of the work already completed, the project is currently more than 7 months ahead of schedule noting that it has also become a standard-bearer for good health and safety practices, having clocked up more than 4 million man-hours of work without a single lost-time injury.

“The credit for this high-level performance is shared by the EPC Consortium of Siemens and Julius Berger and all the stakeholders in the project, including, amongst others: the Presidency; NBET; the Nigerian Gas Company (NGC); the Transmission Company of Nigerian (TCN); the Federal Ministry of Power, Works & Housing; the Federal Ministry of Finance; and the Edo State Government.

“NBET, for example, has a team of engineers that have conducted intensive, monthly, on-site monitoring of the works since the first day of construction.

“Meanwhile, the Ministers of Power and Finance, and their respective Permanent Secretaries have provided unstinting moral support for the project; whilst His Excellency, the Executive Governor of Edo State, has constantly challenged the project team to “work faster, better and safer”.

“The success, to date, of the project is also a reflection of the close cooperation and strong and consistent support that it has received from the three local communities of Ihovbor, Orior-Osemwende; and Idunmwowina and from the palace of His Royal Majesty, the Oba of Benin.

“Whilst there is still some way to go and challenges to overcome, the project’s management team is confident that all parties will continue to work together to enable the power plant to reach full commercial operations well ahead of schedule,” he said.

How Azura first turbine was synchronised
The synchronised turbine also marks the historic completion of an industry chain where all the links are forged together through commercially negotiated contracts. Siemens and Julius Berger built the plant under the terms of the EPC Contract. The gas that was used to generate today’s electricity was supplied by Seplat PLC and the Nigerian Petroleum Development Company in accordance with the Gas Supply & Purchase Agreement.

NGC transported the gas to the site in line with the Gas Transportation Agreement. The electrons generated were then transmitted across the country’s high voltage network by TCN per the Grid Connection Agreement.

These same electrons were then bought by NBET under the terms of the Power Purchase Agreement and sold to the eleven distribution companies (“Discos”) under the Vesting Contracts between NBET and the Discos. Hence, for consumers and investors alike, the catalytic power of this value chain was on full display yesterday, (Tuesday)

The successful firing of Azura’s first turbine is also a key milestone in the Government’s Power Sector Recovery Plan (“PSRP”) which aims to increase the security of electricity supply for millions of Nigeria’s homes and businesses.