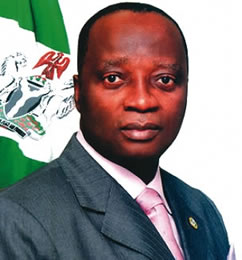 o8 January 2015, Benin – The Federal Government has said it will soon mandate all those seeking for government contracts to present their compulsory insurance certificates as one of the criteria for qualifying to apply for such contracts.

Government said this is a way of achieving its target of positioning insurance as the pillar of the nation’s economy and a way of enforcing the five compulsory insurances launched five years back under its Market Development and Restructuring Initiative(MDRI).

Commissioner for Insurance Mr. Fola Daniel, disclosed this at the 2015 seminar for insurance correspondence organised by the commission in Benin City, Edo State .

Daniel said contrary to expectation by insurance industry operators and stakeholders that government would use the various law enforcement agents like the Police, the vehicle inspection officers(VIO), the road safety commission among others to compel people to buy the compulsory insurances launched in the six geopolitical zones of the country since 2011, it would rather attach it to contract applications and award pending the time Nigerians would be financially literate enough to understand and appreciate the benefit of insurance and willingly patronise the industry.

He also said for the commission to use police to prosecute offenders in the compulsory insurance regulation, it needs to obtain permission of the Attorney General of the Federation, which according to him will mean a long process that may scuttle the zeal and effort of the commission to achieve effective implementation of the compulsory insurance.

These five insurances were since 2009 made compulsory by federal government and campaign for their implementation launched in six geopolitical zones of the country, but till date their enforcement in practical reality has suffered serious setback prompting the insurance industry operators, stake holders of the industry and investors to make repeated calls on government for use of law enforcements to compel people to comply.

But addressing journalists at the annual media seminar, Daniel said government has decided to attach the purchase of the compulsory insurance to contract award as a way of compelling Nigerians to comply with the law.

According to him, this is similar to what government did in the group life insurance which is currently enjoying more patronage. He said when this is achieved, the government will later extend it to other Nigerians wishing to do any other businesses even with the private sector.

He said, having realised that insurance is the main driver of many country’s economy,government has decided to focus on insurance as one of the ways of building a virile economy.

“The coordinating minister of the economy told me towards the end of last year that Federal Government wants to focus on insurance as one of the ways of building a virile economy. The banking sector has ran its full circle but insurance sector is still untapped. so we discussed a lot he said this thing is so important to her that we need to do something before the end of the year so we began to choose date for the summit which successfully held last year I was very proud of that summit, it has not been on record that the minister stayed in a function for two hours but he stayed with us for five hours”, he stated.

According to him ,government is determined to promote insurance and that is why the commission will not leave any stone unturned in its effort to ensure that operators do play by the rule in the area of claims payment.

He said having realised that claims payment is the best advertisement to the public as well as an effective tool to deepen insurance penetration in the country; the commission will not rest on its oars until it has achieved zero tolerance on non-settlement of genuine claims.

In an effort to achieve effective distribution of insurance in the country, the commission, he said, has decided that any insurance firm that wants to open any offshore branch must open four branch offices in Nigeria.

According to him, in doing this , commission wishes the Nigerian insurance industry to occupy the first position among insurance industries in African sub-region. He said currently Nigeria occupies the third position in the sub-region, an improvement from the fifth position it occupied before 2009.

This, he added, will also improve on the present level of operators’ annual premium income which currently stands at N300 billion.
*Ebere Nwoji – Thisday