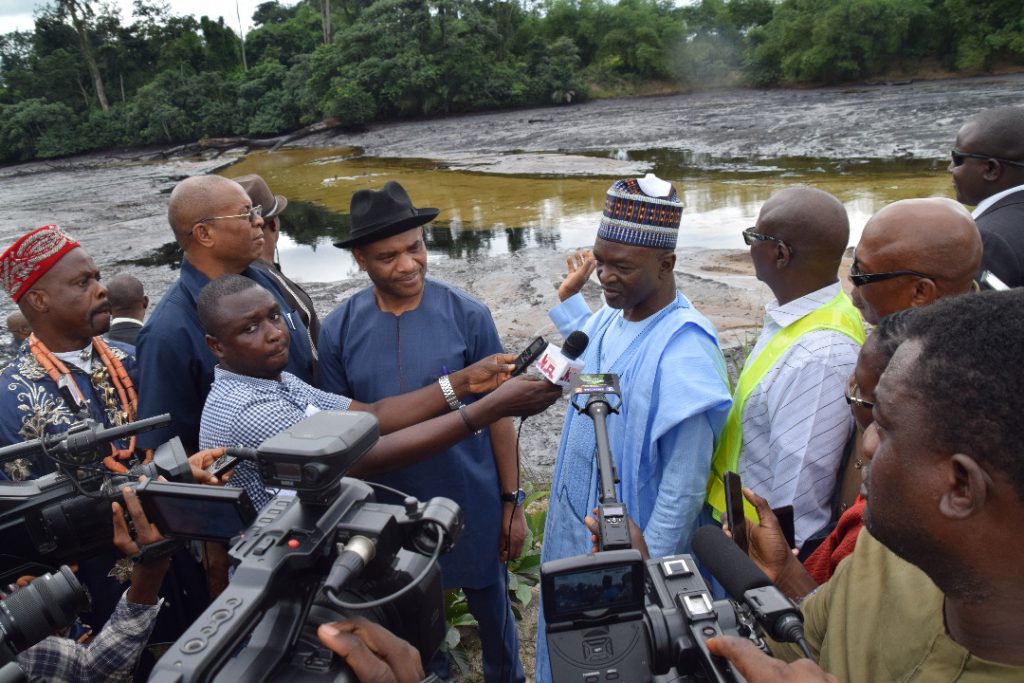 Port Harcourt — The Nigeria Government has assured that it will leave no stone unturned in the cleanup of oil impacted areas in Ogoniland, Rivers State.

The Minister of Environment, Dr. Mohammad Abubakar, who gave the assurance while inspecting Ogoni cleanup sites, in company with the Project Coordinator of HYPREP, Dr. Marvin Dekil, said the Federal Government will follow every recommendations of UNEP.

Abubakar disclosed that President Muhammadu Buhari is passionately committed to the cleanup of Ogoniland, while assuring of his total and complete support of the project.

“This is a project that is going to change the lives of a lot of people here, so this is really the best opportunity for me to be here in Port Harcourt. As you can see, I have no written speech, because we have gone beyond speeches to action and what is on the ground today.

“The cleanup of Ogoniland has been a mirage for a longtime, and then President Muhammadu Buhari came an made a promise which has gone beyond reality to actuality. This is a project that the President is very passionate about, he made a promise as a politician and today he is fulfilling it.

“This is a project that President has spoken about in the United Nations General Assembly and he is so passionate about it and today, it is happening. From that you can understand that it is a serious project and we mean business.

“I can assure you that we will leave no stone unturned, and we will follow every recommendations of UNEP to the latter, to make sure that the land is restored to the standard that is acceptable the world over, so that we can restore the livelihoods, the land, the water, the air and everything, which is the responsibility of the government to make sure that this is done.” 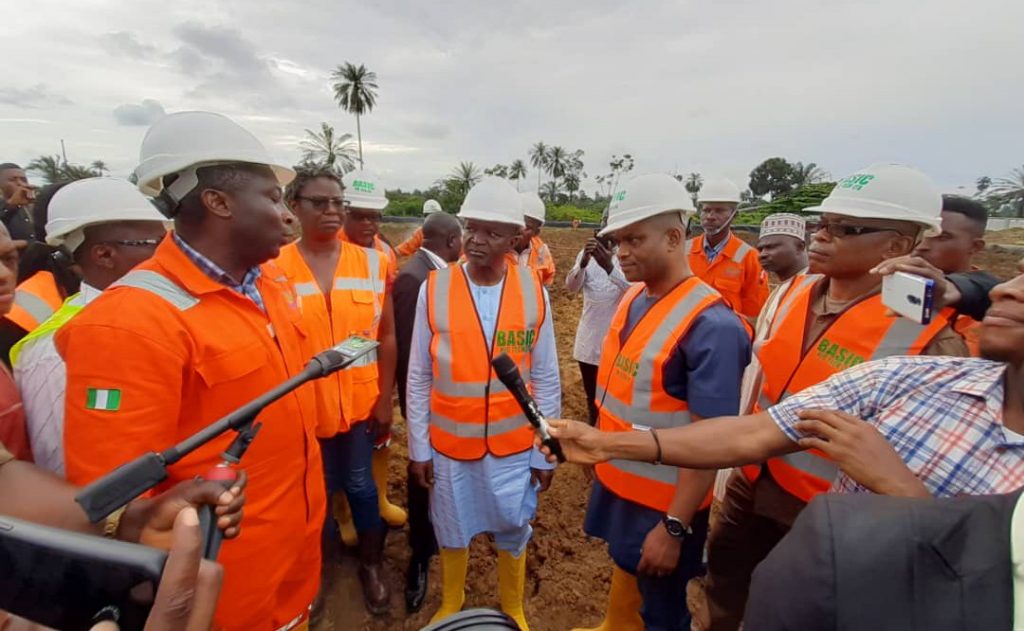 The Minister also urged the women and youths of Ogoni to support HYPREP and the Federal Government to actualize the project, as they remain the greatest beneficiaries of the exercise.

“The issue of water was discussed in the last governing council meeting. We are not just bringing in tanks, but we want to undertake a serious water supply scheme, in collaboration with the Rivers State Government so that there will potable water for the people.

“We, of course need the absolute cooperation of the people of Ogoni, who I believed are willing to go the extra mile to give that cooperation, because the first beneficiaries of the cleanup will be the Ogoni people, just like they are the first people bearing the burden of pollution.

“So we will do everything possible on our own part. As you all know, the IOC and the federal government is funding the project.”

Also, the Project Coordinator, Hydrocarbon Pollution Remediation Project, HYPREP, who gave a timeline of activities since he took office, said HYPREP had carried out medical outreach in 2017 and 2018, where over 20,000 patients were treated and 4,000 surgeries carried out.

Dekil said 21 sites have been handed over to 21 contractors, who are currently on various sites, adding that the Project was partnering with UNITAR to train 1200 Ogoni women on agro farming and processing, as parts of livelihoods restoration programme.

He disclosed that 90percent of its technical team are indigenous people trained by UNEP, with support from SPDC, adding that to plans are underway to move into complex sites in collaboration with UNEP.