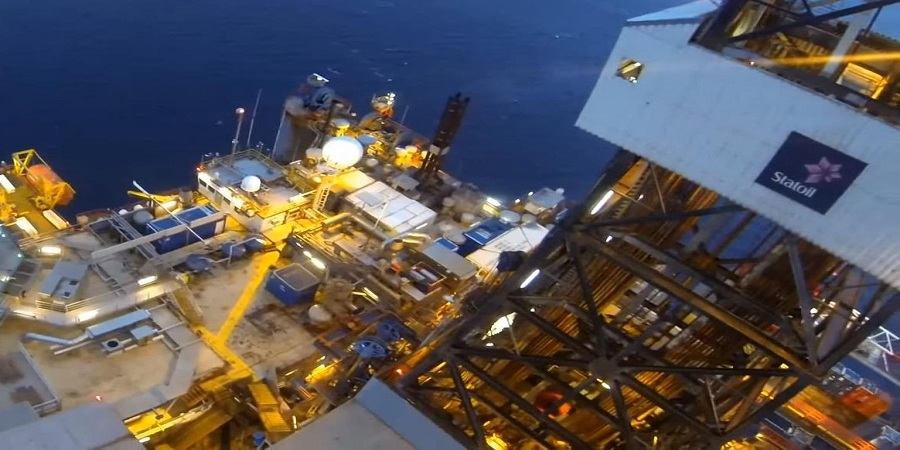 Figure from NRGI’s Resource Projects showed that the Norwegian oil company with operations in over 30 countries, failed to remit a total of $28,055,551 million in taxes to Nigeria in the year under review.

The International Oil Company, IOC has been in Nigeria since 1992 developing the country’s biggest deepwater field, Agbami located 110 kilometres off the Nigerian coast in water depths of 1,500 metres.

It also operates two exploration licences—Oil Mining License, OMLs 128 and 129—with a 53.85% share in both.

Statoil’s report on payment to governments in 2015 seen by SweetcrudeReports highlighted that negative figures represented a “repayment” from governments, however, there was no explanation of what transaction had led to it being repaid by the Nigerian government.

Tax repayment/refund is the difference between taxes paid and taxes owed.

Oil and gas producers all over the world transfer considerable revenues and resources to host governments in the form of taxes, bonuses, royalties, fees, host government production entitlements and support for infrastructure improvements.

These large financial transfers should contribute substantially to social and economic development, yet many resource-rich countries such as Nigeria, have been unable to transform resource wealth into an improved standard of living.

This has led to increasing pressure from civil society organisations on governments to enhance transparency in the extractive sectors by imposing mandatory reporting requirements pertaining to payments to governments.

Regulatory initiatives to increase transparency in the extractive sectors have been undertaken by, amongst others, the EU and by the Norwegian government.

The European Union, EU’s directive approved in July 2013, required companies in the extraction and logging industries to disclose payments they make to governments, at project and country level.

The Norwegian law/regulation under which Statoil operates took effect from 1 January 2014, after which the company launched its first report on payments to governments in March 2015.

In Nigeria, limited liability companies are obliged to pay an education tax.

In addition, the company reported payment of an annual contribution of NOK 64.1 million (N 2,950,435,824.00) to the Niger Delta Development Commission. Both amounts are included as ‘Fees’.

The company did not pay any royalty in the year under review.

However, the report did not state who or which entity received the tax “in kind”.

A few days ago, Nigeria’s Minister of Finance, Kemi Adeosun, called for the designation of tax malpractices by multinational corporations in Nigeria and other developing countries as ‘foreign corrupt practices’.

The minister explained that Nigeria was doubly affected by illicit financial flows, IFF, as a result of corruption and tax evasion.

She requested global organisations such as the Organisation for Economic Co-operation and Development, OECD, World Bank, IMF and United Nations to see the tax avoidance actions of multinational companies as corrupt practices.

“There is an absolute need for a complete understanding of how these Multinational Corporations (MNCs) behave in Nigeria and developing countries, many operate a completely different standard in Africa to what obtains globally,” Mrs. Adeosun said.

She lamented the capability of defaulting MNCs to hide behind slow legislative processes to avoid doing what was right in the nations from which they derived significant income.

The minister, who disclosed that options to sue such companies in their own countries were being explored, said that the designation of tax crime as foreign corrupt practices would support such efforts.

She added, “Internal measures include tightening financial controls and surveillance, adoption of the National Tax Policy with its commitment to regular revisions of tax laws and the ongoing tax amnesty programme, the Voluntary Assets and Income Declaration Scheme (VAIDS).”