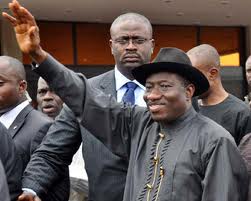 06 September 2012, Sweetcrude, ABUJA – PRESIDENT Goodluck Jonathan reconstituted two committees on the power sector on Wednesday, with a pledge to further stabilise power supply in the country.

Under the new arrangement, Jonathan will retain the chairmanship of PACP, which was established in June 2010 to provide leadership and guidance for the rapid development of Nigeria’s power sector and determine the general policy direction and strategic focus of reforms in the sector.

The Permanent Secretary of the Ministry of Power will serve as secretary of PACP.

However, Reynold Dagogo-Jack of the National Integrated Power Project, NIPP, will assume the chairmanship of the Presidential Task Force on Power, which has the duty of developing and driving the Federal Government’s action plan for the power sector, as well as articulating a proper plan of action for implementation in the areas of power generation, transmission and distribution.

Jonathan, at a meeting with members of the reconstituted committees at the State House, acknowledged that Nnaji’s resignation had stalled the meeting of the PACP.

He said: “Before this time, in terms of power, we were meeting every two weeks. There were two committees on power but we stopped meeting because the former Minister of Power was the head of the technical team and since he left, we have not been able to meet.

“But Nigerians are happy with government because power is getting steady and I don’t want us to relapse.

“Definitely, immediately the National Assembly comes back, especially the Senate, we will clear the two vacancies that we have. They will be cleared and we will place people accordingly, so that the Minister of Power will come up. But, in the interim, the Minister of State for Power will hold forte.

“But whether the Minister of Power comes or not, we want to reconstitute the two teams because Nigerians will not be happy if we relapse and I believe that as we progress from now till December, if Nigerians can go home in December and do their parties without generators and can drive to their states without gutters on our roads stopping them, I think the rating of government will improve. So we must work hard to get to this level.”

Jonathan also said with the reconstitution of the committees, there would be only one captain in the ship as against what obtained in the past where Nnaji and his Special Adviser on Power were engaged in a power tussle.