Nigeria says it has stimulated investment in mining

10 February 2012, Sweetcrude, Abuja – THE Federal Government says it has created an enabling environment to stimulate sustained growth through the full exploration and exploitation of the vast mineral resources available in the country.

The Minister of Mines and Steel Development, Arc. Musa Mohammed Sada, who led the Nigeria delegation to the International Conference on mining tagged “INDABA 2012” in Cape Town, South Africa, also stressed the Federal government’s commitment to diversify the nation’s economy in favour of the mining sector in line with the current transformation agenda.

The minister said the regulatory framework such as the Nigerian Minerals and Mining Act of 2007 and Mining regulations that are in line with the international best practices has been put in place in order to ensure security of tenure, greater transparency in granting access, competitive fiscal terms and the encouragement of industry led by the private sector.

He added that government had adequately strengthened the institutional framework through the establishment of a transparent cadastre office while the Nigerian Geological Survey Agency has generated large scientific data on the mineral deposits in the country.

Arc. Sada disclosed to the gathering of mining experts and industry leaders that coal resources exists in 13 states of the country with the current exploration results indicating over one trillion tons, adding that development of coal for power generation was a priority of the present administration.

According to the minister, one of the mining companies operating in the country, Ratel, has a proven gold reserve of over 620,000 ounces in Eperindo,Osun state.

He said government had established a standard testing laboratory to fast -track the development of vast deposits of colourful granites and marbles available in the country.

While presenting policies and programmes of the nation’s minerals and metal sector, Arc. Sada announced various incentives ranging from capital allowances up to 95% of qualifying capital expenditure, waiver of customs and import duties for plant, machinery and equipment for mining operations, three to five years’ tax holiday as applicable, tax concessions and ease of entry into the country rolled out for potential investors by the Federal government.

He reaffirmed the government’s determination to develop the minerals and metal sector in her bid to diversifying the economy of Nigeria.

He stressed the need for strategic policies to compliment oil revenue for effective socio -economic development in the country.

The minister said the ministry had adopted measures to ensure improved revenue generation from non oil sources to reposition the sector for economic dividends.

Arc. Musa explained that the Federal Government delegation would present the country’s solid minerals policies and programmes at the conference which ends tomorrow to encourage foreign investments. 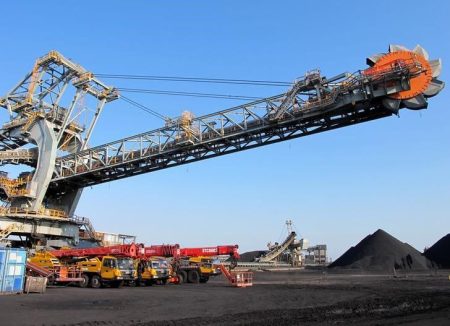