Nigeria yet to benefit from $18b oil, gas investment – PTDF 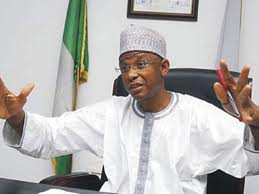 17 August 2011, Sweetcrude, Abuja – Nigeria has not been able to derive maximum benefits from the over $18 billion investment in its oil and gas sector, according to Executive Secretary of Petroleum Development Trust Fund (PTDF), Muttaqha Darma.

Darma told newsmen in Abuja at a briefing to mark PTDF’s 10 years of operation that more than 90 per cent of goods and services used in the nation’s sector were imported from overseas, adding that it was necessary for the country to produce the needed manpower, systems and institutions that would facilitate the takeover by Nigerians of the operations and management of the industry.

In this regard, according to him, the PTDF would be trading over 20,000 Nigerians in the next five years to occupy various positions in the oil and gas industry as petroleum engineers, geo-scientists, geo-physicists, chemical engineers and process engineers.

He explained that with welding and fabrication constituting about 60 to 65 per cent of the local content requirement of the oil and gas industry, the fund has the mandate to train not less than 2,500 welders for the mid and downstream sectors of the industry. But he maintained that with the new natural gas pipeline project planned to come on stream soon, this number would be rising to 10,000, trained to proficiency level recognised and certified by the International Institute of Welding.

Darma added that as at September this year the fund would have trained over 1,800 Nigerian scholars at both masters and doctoral levels in critical disciplines in the oil and gas sector at top ranked universities in the United Kingdom under its overseas scholarship scheme.

He noted that about 35 percent of those trained are currently working in various capacities in the oil and gas industry.