on: January 08, 2018In: Community Development, featured 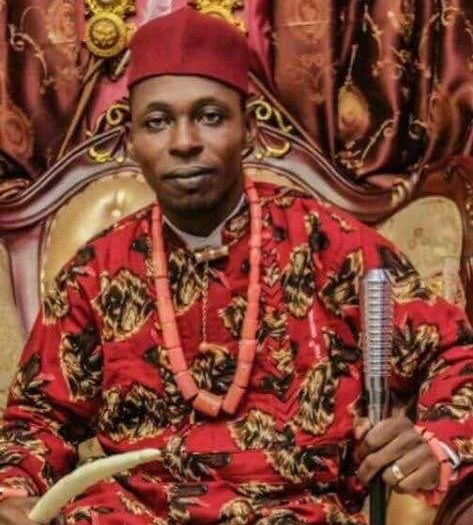 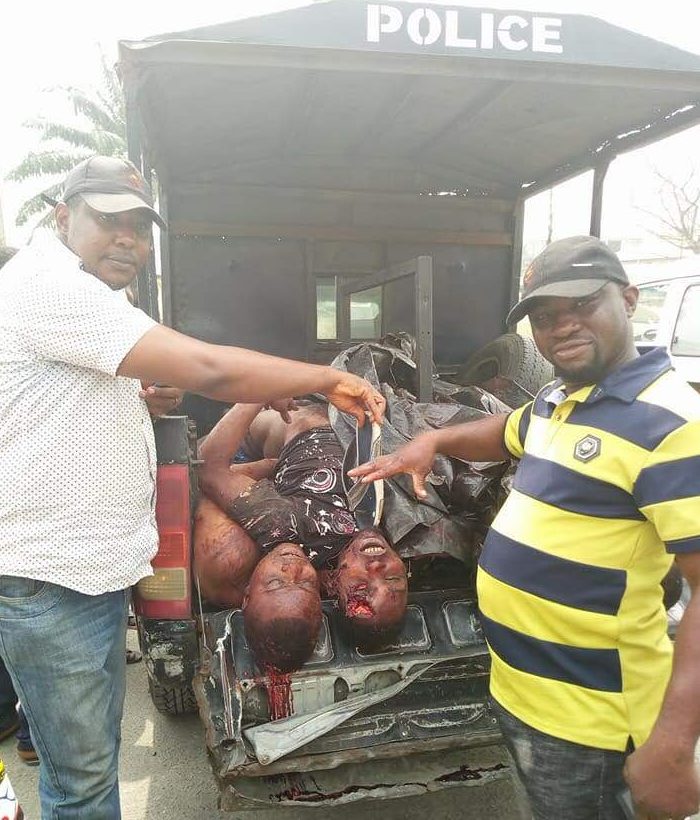 *Security personnel pose next to the corpse of Don Waney & an alleged accomplice.

Don Waney, according to the Nigerian Army, masterminded the brutal murder of over 23 persons in Omoku, who were returning from Cross-Over church service at about 1:30 am on Monday, 1st January 2018.

Speaking, the outgoing General Officer Commanding, 6 Division Port Harcourt, Eno-Obong Okon, said it took a combined operation of DSS and the Nigerian Army to track down the criminals to Enugu State, following directives by the Chief of Army Staff, Tukur Buratai, to collaborate with all security agencies to bring down the perpetrators of the January 1st mayhem.

The GOC while handing over in Bori Camp, Port Harcourt the remains of the crime lord and two of his “generals” also killed by the security operatives, explained that intense surveillance activities on the kidnapper and his gang by DSS revealed that after committing the January 1st atrocity, he relocated to a neighbourhood in Enugu State where he rented an apartment and started living among unsuspecting neighbours within the community.

He said from the relative safety of his newly-rented apartment, Don Waney was already perfecting plans to wrought another mayhem in Omoku in which he was to attack churches, schools, Army and Police locations.

“Incidentally on sensing that the combined team were closing in on his residence, Don Waney, his Second-in-Command, Ikechukwu Adiele, and another gang member, Lucky Ode, attempted to escape through the back exit of the apartment and were shot down by the eagle-eyed troops in the process.

“One of them died on the spot while the other two who sustained gunshot wounds eventually died while being evacuated for medical attention.

“The remains of Don Waney and his cohorts were brought back to Port Harcourt by the combined team and handed over to the Rivers State Police Command for further action.”

The authorities of 6 Division, Nigerian Army Port Harcourt, however, extend their condolences to the families of all the victims of Don Waney and his gang, while calling for further cooperation in volunteering useful information to track down and arrest the remaining gang members.

For his part, the Rivers State Commissioner of Police, Zaki Ahmed, called on residents of Omoku town, one of the oil hub in the state, to continue to be law abiding as they go about their lawful business and warned youths to desist from crime.

“I want everybody to understand that crime does not pay because no matter how long, the long arm of the law will surely catch up with you,” the State Commissioner of Police said.