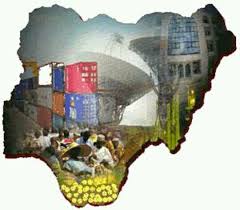 Abuja — A coalition of Civil Society Organisations (CSO), Thursday, disclosed that the Nigerian economy and the welfare of citizens are being endangered by the growing cases of secrecy surrounding contracts in the extractive industries.

The report, which was presented on behalf of the CSOs by Mr. Leo Ugboaja, noted that these contracts deal with various matters in the oil and gas industry, such as environmental protection, the fiscal terms, tax exemptions, if any, and royalties and production shares, which have significant consequences on the politics and economic development of the country.

The report added that most of these contracts determine a significant amount of revenue accruable to the country from the extractive industries.

The report explained that the concept of contract transparency involved the public disclosure of all the terms and conditions of a contract to the general public in such a manner as would enable parties outside a contract.

“This secrecy around contracts is bad for the economy and welfare of citizens. Remember the contract with Process & Industrial Developments Limited in respect of which $9.6 billion was awarded against Nigeria for breach of contract in arbitration; as well as the Malabu case,” the report added.

The report noted that the standards set by the Extractive Industries Transparency Initiative, EITI, require that contracts to be published included licenses granted by or contracts entered into by the countries or its agencies and state-owned companies, and contracts and licenses that involve the exploitation of oil, gas and minerals.

It, however, noted that the main challenge would be in ensuring full compliance, not from international oil companies, who are already bound by laws in their home countries, but by indigenous oil and gas exploration and servicing companies, who are mainly owned by politicians and politically exposed persons, who would want their operations to remain in secrecy.

The report added: “This approach will include contracts awarded to various service companies for the production of oil and gas from various mineral assets held by the various joint venture arrangements to which the Nigerian Petroleum Development Company, NPDC, or Nigerian National Petroleum Corporation, NNPC, are joint venture partners, or various public private partnership agreements to which a government in Nigeria, or its agency or enterprise, is a party relating to the production or processing of minerals.

Commenting on the report, Executive Director of CTA, Faith Nwadishi, affirmed that contract transparency was critical to eliminating sharp practices in the extractive industries and ensuring the growth and development of the Nigerian economy.