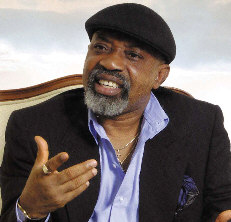 11 March 2017, Sweetcrude, Abuja – The Federal Government on Friday refuted the accusation by the Nigeria Labour Congress (NLC) that it was dragging its feet with regards to the constitution of the tripartite committee which is expected to deliberate on the proposed N56,000 minimum wage for workers in the country.

Minister of Labour and Employment, Dr. Chris Ngige, noted in a statement signed by the Deputy Director of Press in the ministry, Mr. Samuel Olowookere, that the Federal government was committed to setting up the committee to resolve the issues surrounding the new minimum wage situation.

Ngige said his attention had been drawn to publications in some section of the media, alleging the Federal Government of intentionally stalling the process of constituting a tripartite committee for the minimum wage.

“The statement (by the labour leaders) is false and misleading, as the Federal Government has demonstrated its commitment to improving the welfare of the Nigerian workforce by holding series of meetings with stakeholders on the subject matter.”

He added that “The final meeting of the technical committee on new minimum wage was slated for 23rd February 2017 but could not hold as scheduled.

“The Nigerian Labour Congress and its Trade Union Congress counterpart requested for a postponement of the meeting.

“This was in order to attend the delegate conference of National Union of Civil Engineering Construction/Furniture and Wood Workers (NUCECFWW), at Asaba Delta State,” he said.

The minister said that in the demonstration of the Federal Government’s commitment, a new date for the meeting of the technical committee on minimum wage has been scheduled for March 14 by 2:00 pm at the Office of the Secretary to the Government of the Federation (OSGF).

The minister said that the new date had been communicated to both the government and worker’s representatives of the technical committee.

Ngige, therefore, described the allegation as ascribed to the NLC President, Comrade Ayuba Wabba, was “mischievous and unfounded”.

“The NLC President is fully aware of the rescheduled meeting and the reason for the postponement of the earlier meeting which was at the instance of labour unions,” he added.