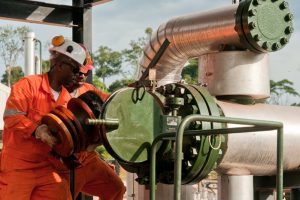 Lagos — Crude oil production in Nigeria dropped to 1.3 million barrels per day in the third quarter of 2020, according to the Organization of the Petroleum Exporting Countries, OPEC’s, October Monthly Oil Market Report, MOMR.

The data derived from direct sources showed that production dropped to the 1.3 million range from July.

The country had produced 1.7 million barrels per day at the beginning of the year. Production dropped to 1.5 million in the second quarter.

Secondary sources, however, said production is in the range of 1.4mb/d in the third quarter.

Year 2020 has been a challenging one for oil-producing countries globally as the coronavirus pandemic cut down output and prices.

The Brent crude had climbed a little above $40 per barrel upon Joe Biden’s emergence as US president-elect, sold at $43b/d as at 3:10pm West African time, WAT, on Monday from a closing price of $39.60 last week.

Aside from OPEC production cut that restricted the country to production of 1.7mb/d, Nigeria, before the outbreak of the pandemic early this year, had targeted production of 3mb/d. However, this was reduced to 1.7mb/d in the N10.8 trillion revised 2020 national budget with oil price projected at $30/b.

According to secondary sources, total OPEC-13 crude oil production averaged 24.11 mb/d in September 2020, down by 0.05 mb/d m-o-m. Crude oil output inched up mainly in Libya, Iraq and Saudi Arabia, while production decreased primarily in the UAE.