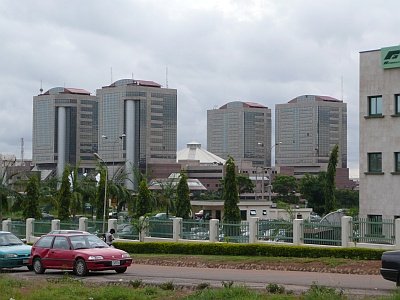 Lagos — The Nigerian National Petroleum Corporation has said it anticipates a remittance of N1.27tn to the federation account.

In a presentation to journalists on Thursday, Group Managing Director of the Corporation, Mallam Mele Kyari said the remittance will be made from April to December 2020.

According to him, revenue flow had been greatly impacted by the oil price decline of about 65 percent, a development which had also affected the corporation’s liquidity position.

He said, “Oil price collapse below cost has led to production deferment across the world. The NNPC has however maintained steady production in order not to lose market share in the event of crude oil price recovery.

“Instead, the NNPC has taken aggressive capital allocation to prioritise low-cost oil production and additional measures to ensure cost discipline including renegotiation of contracts downwards and other business obligations, thus saving 40 per cent of the proposed budget and cost.”

Kyari had said in March that the cost of crude oil production in the country was within the range of $15 to $17 per barrel, while that of Saudi Arabia was between $4 and $5 per barrel.

He said countries producing at the cheapest price would remain in the market while those with high costs of production would not be able to cope with the competing prices.

According to him, the corporation had rolled out strategies to achieve a unit operating cost of less than $10 per barrel across the country’s upstream operation without jeopardising growth.

The unit operating cost for 2019 full-year performance exceeded the target of $10 in all cases, he said.

“It is observed that the reported performance for the first quarter of 2020 highlights the need for further costs optimisation as the UOC figures are above the target of $10 per barrel in all cases,” he added.

On pipeline, he explained that the NNPC had scaled up efforts to secure pipeline network against vandalism and theft, adding that the average monthly petrol losses had dropped from 31 million litres per month in 2019 to 14 million litres in 2020.

According to him, Systems 2B and 2E are critical to effective distribution of petroleum products to the South-West, South-East and other parts of the country.

“System 2B and the destination depots along the South-West distribution corridor are active,” he said, adding that persistent vandalism and product theft had forced the shutdown of Aba-Enugu segment of System 2E.

He said 56.8 million litres of petrol valued at N7bn were lost along System 2B from January alone.