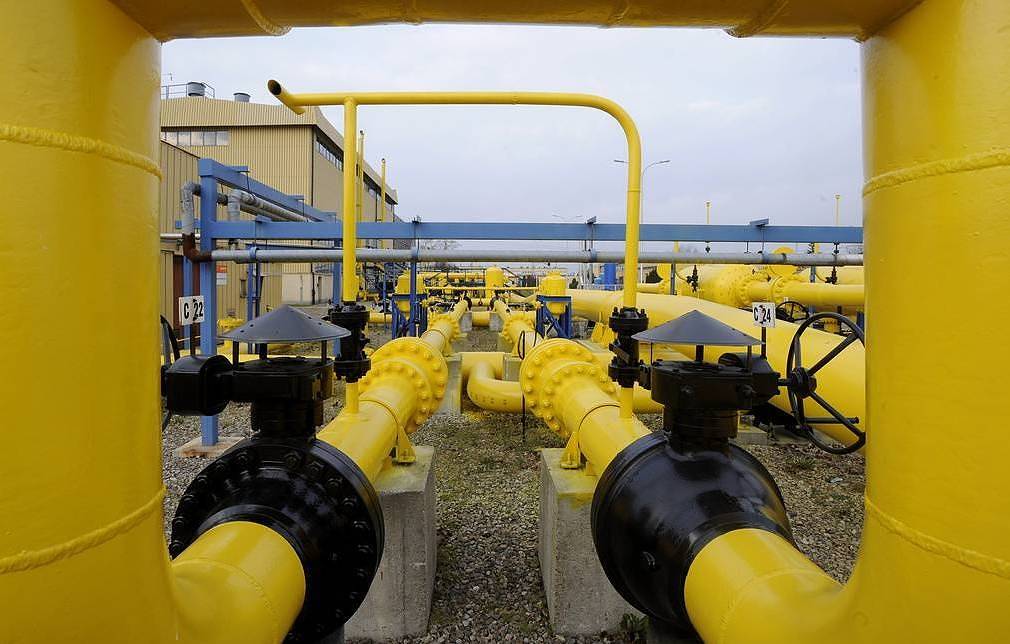 *A gas installation is pictured at a gas compression station in Rembelszczyzna, near Warsaw, Poland, Friday, Oct. 29, 2010. AP Photo/Alik Keplicz.

LONDON — The natural gas glut is now so severe that prices hardly move even when Europe’s biggest supplier curbs flows to the region.

Europe is choking with gas as demand slumped in line with the virus-stricken global economy, storage sites are more full than usual and little respite is seen in liquefied natural gas imports even with benchmark prices near record lows.

As traders watch for signs when key producers such as Russia and Norway start curbing flows, Gazprom PJSC, which has one of the lowest marginal costs of importers to Europe, briefly reduced shipments through a key link via Belarus and Poland. Russia’s move wasn’t enough to give prices a sustainable lift.

“Natural gas demand is very weak and low prices are signaling supply must be cut,” said Trevor Sikorski, a gas analyst at Energy Aspects Ltd. in London. “Prices will stay in a range in which it pressures supplies. Cuts now are keeping prices falling further.”
Here’s a round-up of what’s happening with Europe’s main gas suppliers in the current climate:

Russia
Flows from Russia via the Yamal-Europe pipeline that runs across Belarus and Poland to Mallnow, Germany, resumed on Monday after slumping to zero last week.

With the expiration of a long-term transit deal for Yamal pipeline, Gazprom now has to book capacity to use the link. There will be days the route isn’t used and the decision to stop exports is based on the short-term costs, Sova Capital said after a call with the gas producer last month.

Prices at the Dutch Title Transfer Facility, Europe’s biggest traded market, plunged as low as 3.365 euros a megawatt-hour last month, or about $40 per 1,000 cubic meters.

Those levels indicate that the economics have deteriorated even for low-cost producers such as Gazprom, which pays about $47 on average per 1,000 cubic meters of transit costs for pipelines other than its Nord Stream link in the Baltic Sea, according to VTB Capital.

“There is no demand for gas and prices are so low at the moment that all the suppliers are struggling,” said Collineau at WoodMac.
Gazprom has already said its exports will drop to about 167 billion cubic meters this year from the near-record 199 billion cubic meters last year.

But any cuts in supply still have to fit in with producers’ contract obligations and their efforts to preserve market share. Qatar, the world’s biggest LNG supplier, has already said it won’t reduce shipments.

And though the U.S., the fastest growing LNG producer, has canceled some cargoes for June and July, exports are still up about 10% year-on-year, according to Dmitry Loukashov at VTB Capital.

With U.S. natural gas futures for delivery through September now higher than prices in the Netherlands, the fuel looks increasingly less attractive to buyers in Europe.

“The logic of U.S. LNG supplies into Europe is doubtful when the price the U.S. exporters have at home at Henry Hub is higher than the price they get for sales in Europe,” Loukashov said.

Norway
Norway’s flows have declined by about 11% from the same period last year.

The country may defer production from its two flexible fields – Troll and Oseberg – as much as it can because of the poor market conditions, Sikorski at Energy Aspects said.

“Producers need to reduce supply and the question is to what extent as there is an obligation to make gas available, even if demand is depressed,” said Christoph Merkel, managing director of Merkel Energy consultancy.