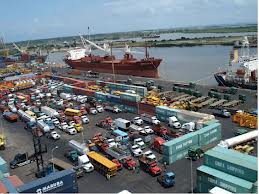 27 January 2013, Sweetcrude, Lagos – THE Nigerian Ports Authority, NPA, made over $1.8million (N466 million) in the last nine months of last year from ship dues received from the Harbours department of the Delta ports alone.

Reports of a Committee coordinating the reconciliation of accounts and payment of ship dues to local pilots showed that $209, 350.01 was received for pilotage service that was paid by ship owners to the NPA for the month of December 2012, as against $157,940.61 in November of 2012.

For the months of October and September of the same year, a total of $120,992.08 and $247,627.84 was collected as fees for pilotage services respectively from vessels that called at the ports.

For the ship dues collected in Naira for the months of December and November, N18.2millon and N16.6million was recorded as against N30.022million and N14.050million received for the months of October and September.

Meanwhile, the local pilots who provides local pilotage services are being owed about N100million in dues and fess for over six months.

The pilots have threatened to down tools if their bill are not paid in two weeks, a development that may disrupt shipping activities in the Delta ports.

Efforts to speak with the General Manager, Marine and Operations, Mallam Mohammed Bulango proved abortive. It was gathered he was said to be away in Ghana.