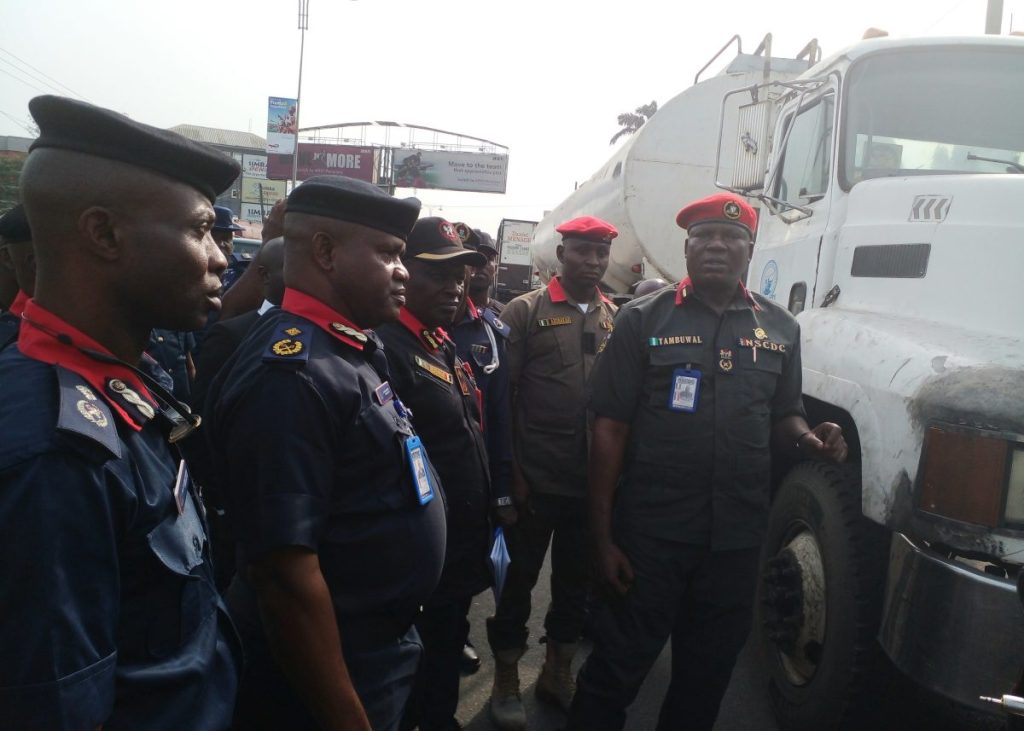 The trucks, according to the NSCDC, Rivers State Command, were intercepted with eight suspects who were on transit out of Rivers State.

Rivers State Commandant of NSCDC, Abu Abdu Tambuwal, said the arrests was made possible following a tip off, as its Intelligence Team and the Anti-vandal Squad of the Command had been on the trail to arrest the suspects for over three weeks.

Tambuwal while briefing newsmen in Port Harcourt, said preliminary investigation shows that the suspects presented fake documents and beat several security checkpoints until they were apprehended by the Anti-vandal Squad of the NSCDC Rivers State Command.

“The Command in her renewed vigour to eradicate the menace of illegal dealings in petroleum products in the State made tactical moves by deploying the Intelligence Team and the Antivandal Squad who swung into action having trailed the suspects for weeks.

“Credible Intelligence revealed that the suspects were allegedly using an already executed Court Auction Order to move trucks loaded with illegally refined AGO out of Rivers State to different locations in the country.

“Let me use this medium to reiterate our unrelenting commitment to the fight against oil theft, oil bunkering and all acts of illegal dealings in petroleum products in the State.

“The Eagle eye of the Command is across the 23 Local governments, and we will not leave any stone unturned; there is a new Sheriff in town, and it will never be business as usual.” Tambuwal said.

The commandant while wishing the people of Rivers State a happy Easter celebration, cautioned against cooking with adulterated kerosene, stockpiling of premium motor spirit at home, and also urged motorists to shun all acts of storing fuel in kegs while traveling before, during and after the Easter celebration.