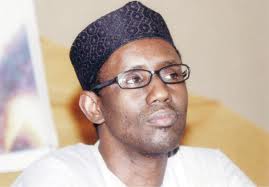 07 February 2012, Sweetcrude, Abuja – The Federal Government on Tuesday, approved the appointment of Mallam Nuhu Ribadu, as chair of a 20-member newly established Petroleum Revenue Special Taskforce, in line with ongoing efforts to sanitise the corruption riddled, petroleum industry.
This is the first appointment to be accepted by the former Economic and Financial Crimes Commission, EFCC, boss, whose tenure at the anti graft agency drew accolades and condemnations during the former President Olusegun Obasanjo’s regime.
Other members of the revenue taskforce include former Secretary, Mr. Steve Oronsanye; Mallam Abba Kyari; Ns Benedicta Molokwu; Mr. Supo Sasore; Mr. Tony Idigbe; Mr. Anthony George-Ikoli; Dr (Mrs) Omolara Akanji; and Mr Olisa Agbakoba.
Also included are Mr. Ituah Ighodalo; Mr. Bon Otti; Mallam Samaila Zubairu; Mr. Ignatius Adegunle; and Mr. Gerald Ilukwe.
Members will also include representatives of the Federal Inland Revenue Services, FIRS; Federal Ministry of Finance Incorporated, Attorney General of th4 Federation/Minister of Justice; Accountant General of the Federation; Department of Petroleum Resources, DPR; and the Nigerian National Petroleum Corporation, NNPC.
In a statement signed by the Permanent Secretary, Ministry of Petroleum Resources, Goni Mohammed Sheik, said, the appointments are “Consistent with the policies and promises of President Goodluck Ebele Jonathan’s administration, and underpinned by the yearnings of the people of Nigeria for transparency in the Petroleum Industry.”
The statement quoted the Minister of Petroleum Resources, Mrs. Diezani Alison-Madueke, who set up the taskforce as saying that the move is “designed to enhance probity and accountability in the operations of the petroleum industry.”
However, analysts are of the view that the taskforce “is a mere duplication of functions, since there is already a Federal Government agency, the Nigerian Extractive Industry Transparency Initiative, NEITI, which by law, is empowered to perform these functions.”
In the recent terms, Nigerians were astounded at the high level of corruption associated in the operations of the oil and gas industry, on which the economy of Nigeria depends on.
In particular, the people were irked that government spent over N1.74trillion without appropriation for the payment of subsidy to oil marketers in 2011 alone, even as over N270billion remain outstanding, a development that led to the removal of subsidy on petrol on New Year day.
The Jonathan’s administration was therefore, challenged to walk the talk on his anti corruption stand to bring all those involved in the monumental sleaze to book.
Accordingly, the terms of reference for the revenue taskforce include:
• To work with consultants and experts to determine and verify all petroleum upstream and downstream revenues (taxes, royalties, etc) due and payable to government;
• To take all necessary steps to collect all debts due and owing; to obtain agreements and enforce payment terms by all oil industry operators;
• To design a cross debt matrix between all agencies and parastatals of the petroleum ministry;
• To develop an automated platform to enable effective tracking, monitoring and online validation of income and debt drivers of all parastatals and agencies in the petroleum ministry;
• To work with world class consultants to integrate systems and technology across the production chain to determine and monitor crude oil production and exports, ensuring at all times the integrity of payments to government; and;
• To submit monthly reports for ministerial review and further action/
It is however, not clear if the special revenue taskforce will be a permanent fixture of the petroleum ministry, as the tenure was not specified.