BUENOS AIRES — Just a bit more than 3 weeks ago, the head of Argentina’s state-run driller outlined an aggressive $1.8 billion spending plan for 2020 in the country’s Vaca Muerta shale region, based on $60-a-barrel crude. With global prices starting the year above $68, it wasn’t unrealistic.

Now, all bets are off.

The toxic mash-up of an oil-price war between Saudi Arabia and Russia, two of the world’s largest producers, and the Covid-19 pandemic have driven global crude to below $25 a barrel. That’s created a new reality for Argentina’s plans to develop a formation known as the Vaca Muerta, or “dead cow” in English. The region is often compared with the Permian Basin in the U.S., with the promise to push out a million barrels of oil a day and turn around an economy on course for a third straight contraction this year.

“They were in a place where they were drawing significant interest in the region because it was one of the better resources globally, but that’s falling apart,” according to Fernando Valle, an analyst with Bloomberg Intelligence.

At today’s low prices, even state-run YPF SA’s three flagship shale projects — where costs are lowest, with break-evens in U.S. dollars in the mid-to-high thirties — would lose money. Meanwhile, the company’s New York-traded shares are down by almost 60% since oil began its plunge in February, and Bank of America Securities is predicting they can fall a lot more. YPF declined to comment.

For years, exploration companies have been excited about Vaca Muerta in Patagonia, with the quality of its so-called mother rock rivaling shale areas in the U.S. The companies, including global oil majors Chevron Corp. and Royal Dutch Shell Plc, have begun drilling in the region, though mostly as an initial step designed to get a better handle on how to bring the oil to market even as significant logistical and economic hurdles remain.

But the bottom line has suddenly changed. Any plans for test drilling, early-phase production and infrastructure investments are going to be postponed, said Ignacio Rooney, an upstream oil analyst in Buenos Aires for consultancy Wood Mackenzie. The only chance for progress, he said, would come if Brent can stabilize above $30 a barrel, meaning investments in Vaca Muerta’s most developed fields would continue to make sense.

There’s another factor for consideration, as well. Coronavirus and the price rout have arrived at a time when drillers were already pulling back in the Vaca Muerta after the government put in place price controls to tame high inflation. The number of rigs operating in Argentina slumped to less than 50 in February, compared with more than 70 before the controls went into effect seven months ago, according to Baker Hughes. At the same time, oil majors worldwide are racing to cut their own spending in response to the dual global challenges.

Still, those who’d started committing to Vaca Muerta — Shell, Exxon Mobil Corp. and ConocoPhillips — were putting up with price meddling because of Argentina’s long-term shale potential and because new President Alberto Fernandez was promising to safeguard their investments with special legislation.

Meanwhile, in a bid to save drilling, oil-producing provinces and powerful trade unions have been lobbying the federal government for a domestic crude price of about $50 a barrel, likely funded by fuel consumers at the pump. Such a move would mirror a similar strategy by previous President Cristina Fernandez de Kirchner.

Speaking to reporters in Buenos Aires, even Juan Jose Aranguren, a former energy minister and free-market champion who weaned Argentina off subsidized crude in 2017, said artificial pricing could be the way to go to protect Vaca Muerta.

But a problem — albeit, perhaps, a temporary one — has emerged with that idea. A nationwide lockdown in Argentina to stop the spread of coronavirus has dramatically suppressed demand for fuel. That means drillers wouldn’t benefit from high local crude prices anyway because they’ll need global buyers for the production glut.

With the likes of Shell and Exxon analyzing the new price scenario, how things play out in the near future in Vaca Muerta will surely impact chances in the long term of oil flowing freely from the region. In turn, there are big implications for Argentina’s economy.

“Vaca Muerta is the primary calling card for investment in Argentina,” Bloomberg Intelligence’s Valle wrote in a March 20 report. “And its development is critical to the country’s recovery.” 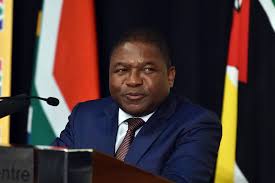 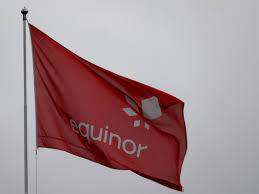