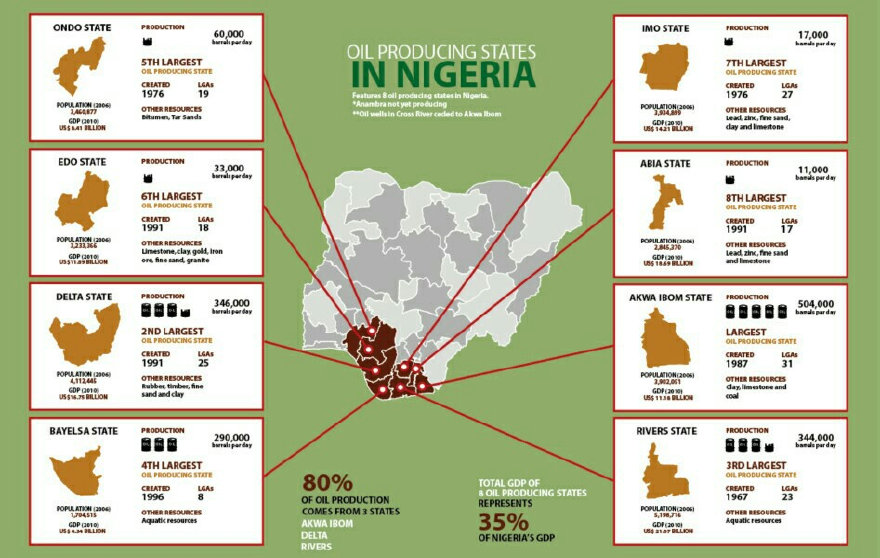 Lagos — The sum of N37.02bn was shared among oil producing states in June.

Newly released data by the Nigeria Bureau of Statistics, NBS for June says the money was the 13% derivation fund allocated to them by the Federal Account Allocation Committee, FAAC for the month under review.

In total, FAAC disbursed the sum of N547.31bn to the three tiers of government in June 2020 from the revenue generated in May 2020.

The amount disbursed comprised of N413.95bn from the Statutory Account, N103.87bn from Valued Added Tax, VAT, N1.01bn from Excess Bank Charges Recovered for the Month and N28.47bn Exchange Gain Differences.