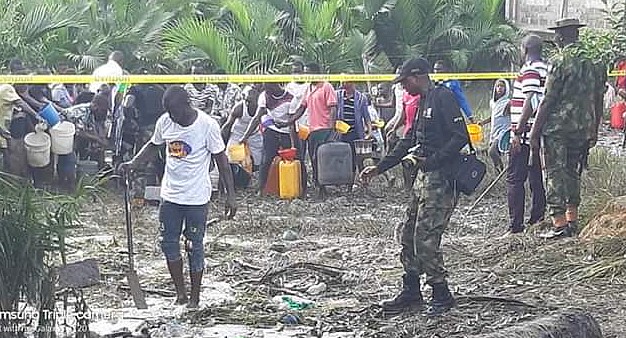 *Locals in Ibuluya-ama community, waiting to scoop products from the pipeline.

The cause of the pipeline leakage has not been ascertained.

The Rivers State Commissioner of Environment, Dr. Igbiks Tamuno, who confirmed this after a visit to the spill site, warned members of the community to desist from scooping any form of crude from the leakage, in order to avoid fire explosion. 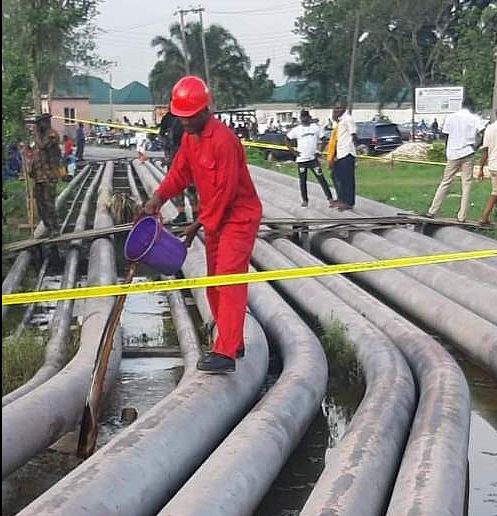 *Security officials cordoned off the pipeline

been informed by the Chairman of Okirika LGA, that representatives of NNPC have since ensured that the leaked pipeline is repaired, and security agents have cordoned off the affected area to avoid any fire outbreak.

Also, the Chairman of Okrika LGA, Philemon Kingoli, has called on the Federal Government and NNPC, to urgently replaced all old and obsolete pipelines in the area.

Kingoli lamented that the people of Okrika have consecutively experienced oil leakages, over four times in less than two years, and urged the people to desist from scooping the product.