on: November 05, 2019In: Community Development, featured 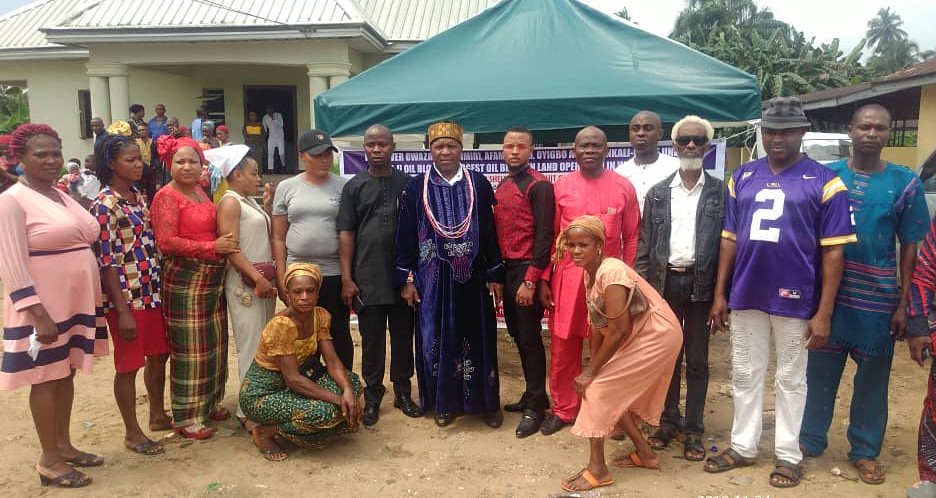 *Leaders of OML11 host communities in Asa, Abia State after the prayer session.

Port Harcourt — Host communities of OML11 in Abia State, on Monday held a prayer summit against the operations of the Shell Petroleum Development Company of Nigeria Limited, SPDC, asking God to intervene in quitting the oil firm from their land.

Chairman, Traditional Rulers Council of OML11, HRM Eze Obioma Levi Nworgu, said the prayer session was imperative, since the communities was carrying out a nonviolence agitation against the Dutch multinational.

Nworgu who explained that OML11 cuts across Ogoni, Imo River, Isimini, Nkali Etche, Ndoki Asa and Oyigbo Asa, accused SPDC of operating in Asaland since 1958 till date, without carrying out an Environmental Impact Assessment, EIA.

The monarch OML11 is the largest oil bloc in Shell’s operations in West Africa.

also disclosed that the communities are willing to accept an indigenous oil firm which would developed the area.

“So we in Imo River, Afam, Oyigbo, Nkali Etche in Asaland are here to seek the face of God, since 1958 what have Shell done for Asaland? What have we achieved from Shell? Since 1958 Shell has operated here, no electricity, no good roads, no university scholarships, no employment for our youths, what are they doing here? 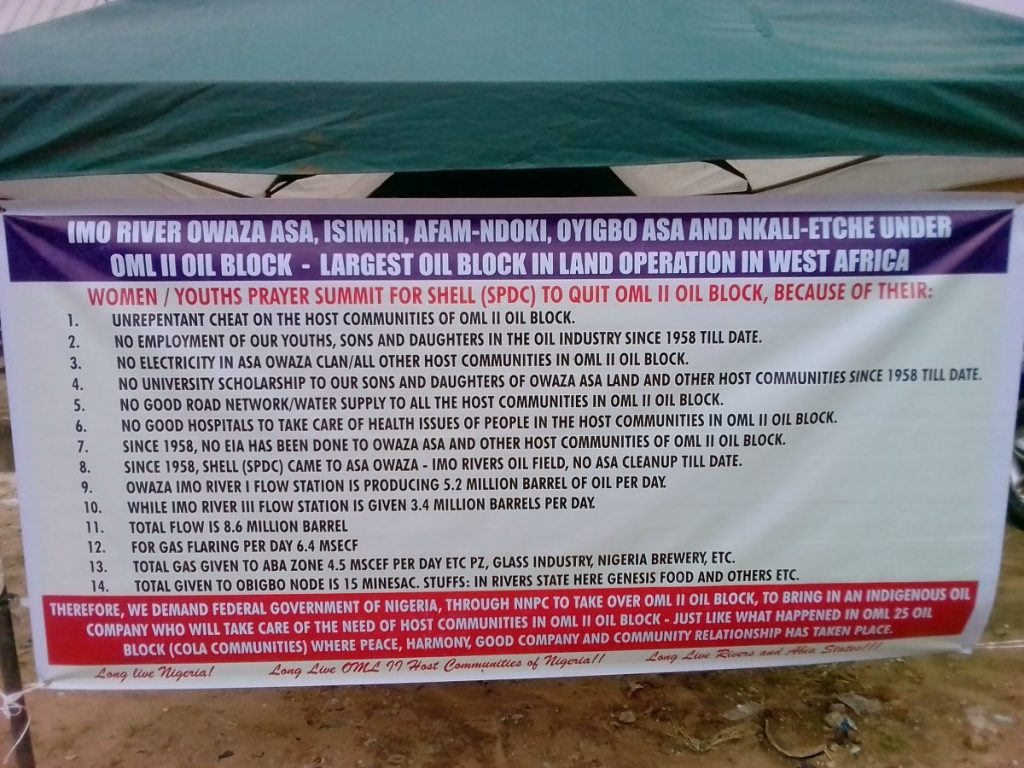 “We are asking Federal Government to come to our aide. NNPC should take over OML11 so we can renegotiate with any new operator that is coming in. We should derive comfort from oil operations in our community.

“We don’t need them cause they have not developed our community in anyway. Since 1958 Shell has been operating without an EIA in Owaza.

“We want the Federal Government to give OML11 to indigenous firm which would developed Owaza and employ Owaza indigenes. Whichever indigenous company NNPC wants to nominate, we are ready to accept the company.”

Also speaking, the women leader of Owaza Asa, Mrs Adaeze Uwabunkonye, said the condition of the community has been pathetic despite hosting SPDC for over 60-years.

“Shell should leave because they are of no use to the community. There has been no employment for our youths. God has given us all the natural resources to be developed, so since Shell has refused to be useful to our communities, there is no need for them to continue operating the facility. We want God to intervene for Shell to leave.”

For his part, the Youth Leader of OML11 in Asaland, Mr Machi Dimgba, said the prayer session was conceived by women and youths of Asaland for God to intervene in the quitting of SPDC from their land.

“The youths and women of Asaland are asking Shell to quit because they(SPDC) have refused to help the community. We have no any other means of fighting, so we are calling on God to intervene. God has been doing it for other people, other race and other tribe. God should help us quit Shell from our communities.”