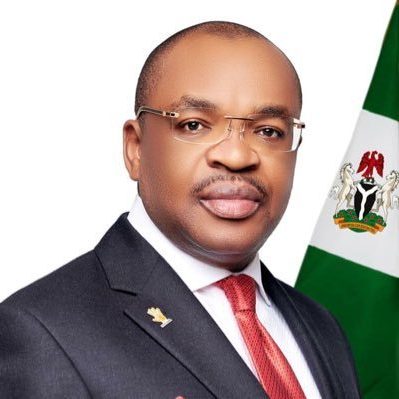 Port Harcourt — Akwa Ibom State Governor, Udom Emmanuel, says seven oil fields have been developed already within OML13, in line with his industralization drive to tackle unemployment and expand the economy of the State.

The development of OML13 is undertaken by Sterling Oil in partnership with the Nigerian Petroleum Development Company, Akwa Ibom State Government and other partners in the oil and gas sector, and it is within the Liberty Oil and Gas Free Trade Zone in the State.

The project seeks to actualize rural and riverine area development drive of Governor Udom, as captured in his Completion Agenda to meet the anticipated goal of tackling unemployment and expanding the economic growth of the State.

Governor Udom who toured the oil and gas exploration site within OML13 in Atabrikang, Eastern Obolo Local Government Area of the State, said seven oil fields have been developed already, with a flow station, storage station and other facilities built in the space of seven months.

The governor assured that he remains committed to attracting more investments into the state in order to create jobs.

“I have assessed the level of work done, most times when we make statements because people are so used to political statements, they probably thought that we were just talking politics, I believe that today Eastern Obolo has seen tremendous progress.

“My passion is to attract as many investments as we can to create jobs for our teeming youths in Akwa Ibom State. I am satisfied with the pace of work ongoing at the NPDC & NOSL oil gas exploration in OML-13 site, at Atabrikang fields.

“Within a short period, we have developed Seven Oil Fields already. Over 1000 youths are already working and by the time the full refinery comes alive, at-least 5,500 people will be gainfully employed.”

Earlier, the Site Manager of the project, Mr Aslam Khan, disclosed that three rigs have so far been installed, awaiting the arrival of four additional ones.

“At the installation stage alone, about 1,000 people have been employed, and at the end of the installations of all seven rigs and commencement of operations, over 5,500 people are expected to be gainfully engaged.”