OPEC in compliance push before December meeting; Gabon to adhere 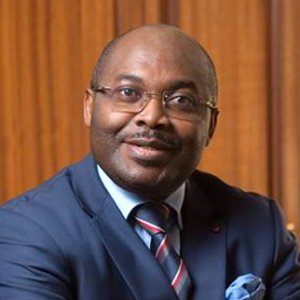 London — Gabon has told OPEC it will comply fully with its pledge to cut oil output under a 2019 supply deal between the exporter group and rivals such as Russia, in the latest sign of an OPEC push to improve compliance before its next meeting in December.

Gabon’s oil and gas minister, Noel Mboumba, made the assurance in a telephone call with Saudi Energy Minister Prince Abdulaziz bin Salman, who chairs a ministerial committee monitoring the deal, the African country said in a statement.

One of OPEC’s smallest producers, Gabon has not implemented its share of the supply cut. The nation pumped 199,000 barrels per day (bpd) in September according to OPEC figures, above its target under the deal of 181,000 bpd.

More uniform levels of adherence would boost the credibility of the pact and, OPEC delegates say, would be needed for any further output cut to be seriously considered.

OPEC, Russia and other oil producer allies, known as OPEC+, have a deal to cut supply by a total of 1.2 million bpd until March 2020, amid forecasts of excess supply next year.

“It signifies the resolute commitment of all participating countries to sustain full and timely compliance to the supply adjustments ahead of the conference in December,” OPEC’s secretary general, Mohammad Barkindo, said of Gabon’s statement.

The Organization of the Petroleum Exporting Countries as a whole is over-delivering on the reduction due largely to Saudi Arabia lowering supply by more than called for. But smaller producers like Gabon are lagging, as well as bigger ones like Nigeria and Iraq.

Nigerian compliance has risen as a result of the country receiving a higher OPEC target, a move that became public only last week. But Abuja is still pumping more than the new limit.

OPEC and its allies meet on Dec. 5-6 in Vienna. Barkindo said on Thursday a deeper supply cut was one of the options that ministers could decide.

Two OPEC delegates said compliance would first need to be more uniform among the group.

“Of course deeper cuts are an option, but some things should happen before,” said one of them, referring to 100% compliance by the laggards.