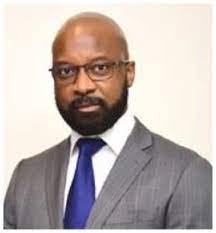 The announcement was made in a statement signed by the Group Chairman, Dr. Festus Fadeyi who emphasised that the implementation of the succession plan is in line with Pan Ocean’s vision to deliver sustained returns to all stakeholders.

“I am pleased that in line with our goal to reposition the company to address the challenges within the energy sector, Mr. Steven Fadeyi has been appointed as the company’s new Group Managing Director, effective January 31, 2022. Concurrently, I have retired from my role as the Company’s Chairman/Managing Director and will now serve as Group Chairman to Pan Ocean and related companies,” Fadeyi said.

The Board also approved the appointment of Dr. Bolaji Ogundare as the Group Executive Director and Dr. Jason Fadeyi as the Group Vice Chairman to Pan Ocean and related companies.

The new Group Vice Chairman, Dr. Jason Fadeyi, is a physician by training a fellow of the American Academy of Paediatrics and a Member of the American Academy of Medicine.
In the last ten years, Dr. Jason Fadeyi has engaged in strategic management consulting, working briefly at McKinsey & Company, before founding a major consulting firm in New York which focuses on strategic business issues in the oil & gas sector.

The oil and gas conglomerate began production in August 1976 at the Ogharefe field of OML 98. As it began to grow in leaps and bounds, before the Nigerian market could prove readiness for clean energy transition, it embarked on a gas utilisation initiative in 1984.

By 2007, Pan Ocean acquired the Oil Prospecting License, OPL 275 as part of her drive to increase domestic gas consumption and to support the gas flare out objective of the Federal Government.