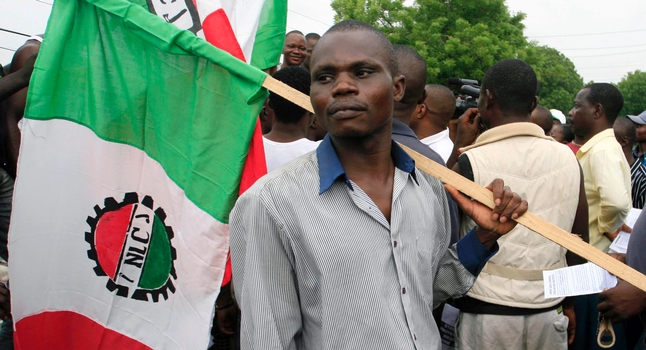 28 September 2018, Sweetcrude, Lagos — The general secretary of the Petroleum and Natural Gas Senior Staff Association of Nigeria, PENGASSAN, Mr. Lumumba Okugbawa, says the body was not part of the indefinite nationwide strike launched by Nigeria’s main labour unions on Thursday.

Cogent Ojobor, a leader in the Niger Delta region for the Nigeria Union of Petroleum and Natural Gas Workers, NUPENG, also said oil companies were not affected by the strike.

The industrial action, over a dispute in minimum wage, commenced in earnest on Thursday, crippling banks and fuel supply in Abuja, but was not as successful in Lagos.

Talks between President Muhammadu Buhari’s government and unions broke down on Wednesday and the strike aims to raise pressure on the government to produce a minimum wage proposal.

“We are not shutting down production,” Okugbawa said, according to Reuters report.

Also, the Nigerian National Petroleum Corporation, NNPC, said there was no evidence its operations were affected.

A spokesman for the company, quoted by Reuters, said he had seen no sign the strike was affecting oil production, while NUPENG’s Cogent Ojobor said: “No oil company is affected for now.”