The gross split PSC, which removes the cost recovery element, with all production directly split between the government and the participants, was introduced in late 2016 to stimulate investment in upstream oil and gas in Indonesia, by streamlining the regulation of the sector. 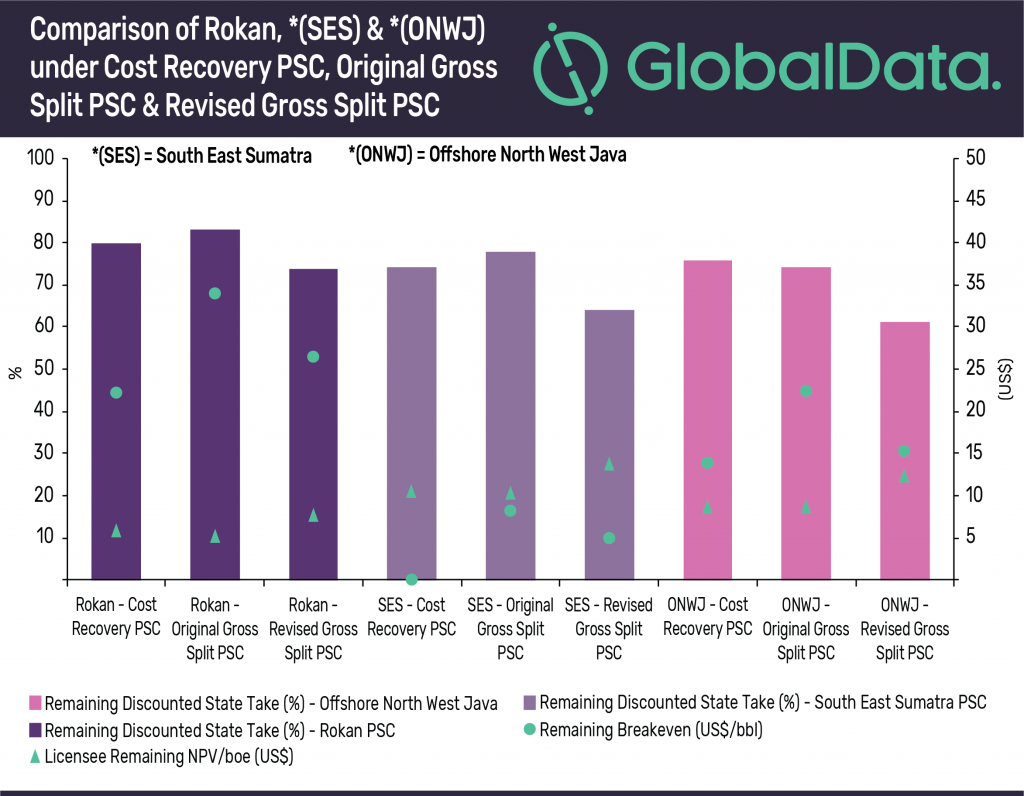 Reportedly, by the end of 2018, nine mature licenses will be under the gross split PSC, with Pertamina appointed as the sole participant subject to back in rights from the local governments. So far, the only major commitments under the new contract have been from Pertamina.

With the license expiry for the largest oil producing block in Indonesia, Rokan, coming up in 2021, the Indonesian Ministry of Energy and Mineral Resources (ESDM) had entrusted the management of the Rokan Block from PT Chevron Pacific Indonesia to Pertamina at the end of July 2018.

The Rokan Block, which has a production of more than 200 thousand barrels of oil per day, includes two of the country’s largest producing fields—Minas and Duri—on the island of Sumatra.

Chevron’s proposal for a renewal of the previous cost recovery PSC was rejected and ESDM favored Pertamina’s bid under the improved gross split PSC, awarding it a 20-year contract, until 2041. Taking on Rokan fits with Pertamina’s mandate to increase its role as an upstream operator domestically.

Jonathan Markham, Oil and Gas Analyst at GlobalData, says: “With the Rokan project, Pertamina will benefit from 2017 adjustments to the gross split PSC aimed at encouraging investment in Indonesia’s mature fields, which are vital production centers for the country. The new terms offered by the gross split PSC significantly improve the economics of the Rokan project, bringing the breakeven price down to US$26 per barrel from US$34 under the original gross split production sharing contract from 2016.”

A key factor in the winning bid was Pertamina giving a signature bonus of US$784 million to the government. Legislation passed in May 2018 removed the upper limit of US$250 million on the signing bonus. Pertamina previously paid US$79.5 million in signature bonuses for nine licenses renewed under gross split, with the highest at US$41 million for Indonesia’s largest gas block Mahakam.

Markham concludes: “The improved terms are also set to benefit Pertamina, as investors relinquished licenses without much competition given the outlook under the original gross split PSC. Pertamina’s focus has been on acquiring mature expiring licenses with highly competitive offerings to the government, while international companies have had more success winning new licenses in the bid rounds.

“The current gross split incentivizes the participants to optimize investments, but they would also be taking on more risk under the gross split PSC. In addition, the lack of recent exploration success and competiveness of fiscal terms in neighboring countries has limited the impact of the gross split PSC so far.”