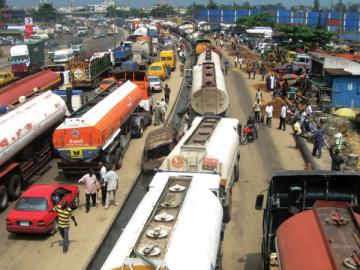 04 February 2018, Sweetcrude, Lagos — The Petroleum Tanker Drivers Branch of the Nigeria Union of Petroleum and Natural Gas Workers, NUPENG, has described the widely publicised strike action as a ploy.

The Nigerian National Petroleum Corporation, NNPC in a statement released Saturday quoting the PTD Chairman, Otunba Oladiti Salman assured that it had no plan to embark on any strike action.

According to him, the purported ultimatum to the government by NUPENG over the state of some roads in the country was “a ruse”.

Otunba Salman said PTD strongly disowned the statement which has been trending in the social media, saying the misinformation is a “calculated attempt by mischief makers to cause panic in the country”.

The union, however, failed to state whose among its members had plotted the so-called strike.

The PTD Chairman disclosed that his union was on the same page with the government following a parley Thursday 1st February in Abuja with the Honourable Minister of Works, Housing and Power, Mr. Babatunde Raji Fashola, where he noted comprehensive reports of on-going repairs and reconstructions of damaged highways were discussed.

Otunba Salman explained that at the meeting, the union was reassured by the comprehensive reports of all the on-going repairs and reconstruction of the damaged highways in parts of the country, in addition to the promise of commencement of palliative works on them.

He informed that PTD would continue to champion the interests of its members always.