17 June 2016, Lagos –  The police on Thursday arraigned the President of an oil firm, Masters Energy Oil and Gas Limited, Uche Ogah, and an ex-employee of the United Bank for Africa, Deji Somoye, before a Tinubu Magistrate’s Court, Lagos, for alleged fraud. 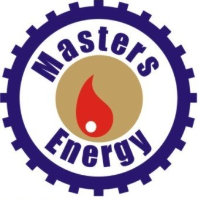 The oil firm and the bank were also joined in three counts bordering on forgery and conspiracy preferred against the defendants by the police.

He and some other persons said to be at large were also accused of forging the signature of one Mrs. Bridget Adeosun.

The alleged forgery was reportedly committed in Ikeja, Lagos.

The police also alleged that the bank aided Masters Energy Oil and Gas Limited to open an account in the name of Mut-Hass Petroleum to perpetrate a fraud without applying its internal control procedures in the opening of the account.

The police had claimed that UBA allowed the said account to be opened sometime in 2011 at its regional office in Palmgrove, Lagos, in breach of the provisions of the Financial Institutions Act 2004.

The defendants were brought before a Chief Magistrate, Mrs. Kikelomo Ayeye, by a police prosecutor, ASP Henry Obiazi.

The charges read in part, “That you, Masters Energy Oil and Gas Limited, Uche Ogah, and others at large sometime in March 2011 at Ikeja, in the Lagos Magisterial District, did conspire among yourselves to wit: forgery.

“That you, Masters Energy Oil and Gas Limited, Uche Ogah, and others at large, on the same date, time, place and in the aforementioned magisterial district, did forge the signature of one Mrs. Bridget Adeosun and a document known as MoU between Mut-Hass Petroleum Limited and Masters Energy Oil and Gas Limited, with an intent that it may be in any way used or acted upon as genuine.

“That you, Deji Somoye, United Bank for Africa and others still at large, sometime in August 2011, at UBA regional office, Palmgrove, in the Lagos Magisterial District, did knowing that Masters Energy Oil and Gas Limited design to commit an offence, failed to use all reasonable means to prevent the commission or the completion of the crime.”

The defendants, however, pleaded not guilty to the charges and were admitted to bail in the sum of N200,000 each with one surety each in like sum.