…Act makes it mandatory for gas companies to contribute to commission 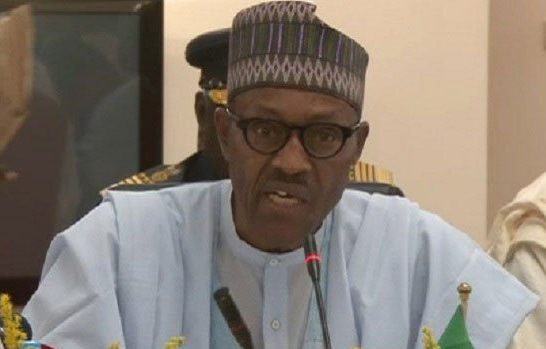 The Act includes the gas producing and gas processing companies in the list of agencies that are contributing to the Niger Delta Development Commission (NDDC) in addition to the Oil companies in a bid to increase funding of the Commission for effective discharge of its duties.

Previously, the NDDC Acts excluded the gas companies. The Act makes it explicit that the Gas companies have to be included. This is to diversify the sources of funding for the NDDC for the economic wellbeing of the region.

According to the Senior Special Assistant to the President on National Assembly Matters, (Senate), Senator Ita Enang, the Federal Capital Appropriation Act also assented to, authorises the Federal Capital Territory Administration to legally and legitimately provide funds out of its Statutory Revenue Fund for recurrent and capital expenditure.

The FCT Water Board Establishment Act is charged with the responsibility for providing safe, adequate and affordable water supply services to the residents of the Federal Capital Territory, Abuja.

The National Institute for Cancer Research and Treatment (Establishment) Act, 2017 is to provide national direction in cancer research, control and treatment; guide scientific improvements to cancer prevention, treatment and care, coordinate and liaise between the wide range of groups and health care providers with an interest in cancer.

Anti-Torture Act, 2017 makes comprehensive provisions for penalizing the acts of torture and other cruel, inhuman and degrading treatment or punishment, and prescribes penalties for the commission of such acts.

The six Acts have come into effect as laws of the Federal Republic of Nigeria.

Meanwhile, the operator of the Otakikpo marginal field in OML 11, Green Energy International Limited has gotten the nod of the Federal Government to establish a Liquefied Natural Gas (LPG) extraction plant at Ikuru town in Rivers state.

The License to Establish (LTE) of the 12mmscfd capacity plant was issued to the company by the Department of Petroleum Resources (DPR) as the company moves to fulfill its obligations as a pilot project approved by government for zero gas flares operation in the Niger Delta.

The company, which began production in February this year said it is determined to ensure full utilization of the gas produced from the field for LPG and power generation.

It stated that the approval has made it possible for the company to make Final Investment Decision (FID) by awarding the engineering, procurement, construction and installation of the LPG Extraction Plant to PCC-LAMBDA Consortium, formed between Nigeria Indigenous companies and a Chinese company, Peiyang Chemical Equipment Co. Ltd (PCC), who is the Original Equipment Manufacturer (OEM) and will be responsible for manufacturing and design activities associated with this project.

The company’s Director of Legal and Corporate services, Olusegun Ilori explained that the programme involves the use of lean gas to power the 12MW gas generator at Otakikpo field out of which 5MW would be dedicated to the host community while the LPG and propane would be bottled and sold.

Part of the LPG shall be for domestic use within Otakikpo community in order to support small-scale industries.