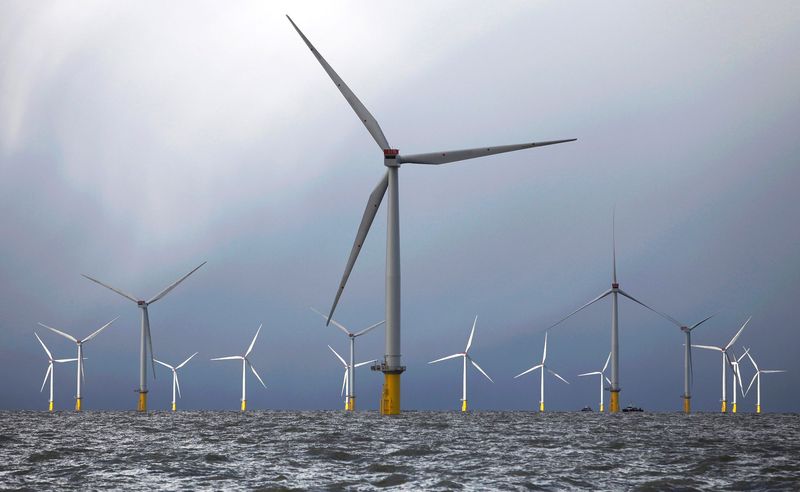 * “Wind (output) is considerably lower than on Friday,” a UK gas trader said.

* This is lower than the 10 GW of output on Friday, which has raised gas-for-power demand.

* The gas system is undersupplied by 13 million cubic metres (mcm), with demand forecast at around 162 mcm and flows at 149 mcm/day, National Grid data shows.

* Although the market is undersupplied, UK Continental Shelf (UKCS) flows are at 86 mcm/day, up from 72 mcm on Friday, as gas fields ramp up after maintenance.

* “We expect UKCS production to ramp-up slowly over the next 1-2 days reaching around 98-100 mcm/d by the middle of the week,” Refinitiv gas analysts said.

* Norwegian production output is also slightly higher than on Friday.

* The Dutch month-ahead contract was 0.44 euro higher at 12.07 euros per megawatt hour.