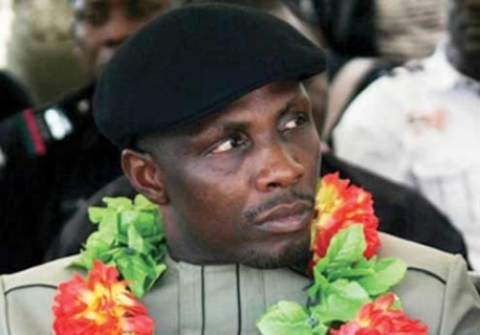 Northern youths under the aegis of Arewa Youths Assembly had warned the Federal Government against awarding contract for oil pipelines surveillance to Government Tompolo, accusing the ex-agitator and other Niger Deltans of allegedly showing disrespect to the President Muhammadu Buhari-led government.

Leader of the Northern youths, Mr Abdulsalam Mohammed-Kazeem, said “Information at the disposal of the Arewa Youth Assembly is that the NNPC limited under the leadership of Mele Kyari, and the Federal Government is planning to assign the job of pipelines surveillance to an enemy of the state, a militant, a renowned pipeline vandaliser, Oweizide Ekpemupolo popularly known as Government Tompolo.

“As youths of this region who have been keen observers of governance as it affects the citizens and the nation in general, we will not fold our hands and watch the government make such a grave mistake of awarding a sensible contract of this nature to him.

“We therefore as a matter of national urgency advice, beg, call and plead with the NNPC LTD to save our national asset by not awarding it to Tompolo, as the effect will be deleterious to the nation’s economy.”

But in a swift reaction, the Ijaw Youth Council, the Egbesu Brotherhood, and other Niger Delta stakeholders, described the statement by Arewa youths as irresponsible and should be investigated.

The Ijaw Youths Council who described the statement by Arewa youths as reckless, irresponsible and shameful, wondered why the North was always quick to comment on oil matters, instead of focusing on insecurity in the North.

IYC Chairman, Western zone, Dr. Doubra Collins Okotete, urged Arewa youth to focus their energy on matters that affects their domain like insecurity, as Tompolo has done a lot to provide peace in the Niger Delta; saying that the ex-agitator remains the only solution to the rising oil theft and pipeline vandalism in the Niger Delta.

“If the Arewa Youth Assembly were responsible enough, protection of pipeline security would not be part or bane of their statement with the level of insecurity ravaging the North with no solution in sight.

“The Arewa youth assembly with a notorious propensity for violence are yet to condemn the banditry, terrorism, killings and horrorful happenings in the North, but quick to speak on oil matters that they don’t have a knowledge of how its produced. We don’t blame you people.

“While innocent citizens are still in the custody of the bandits that attacked the Abuja-Kaduna train, with suchlike scenario spread across the Northern part of the country, a mannerless body such as Arewa Youth Assembly will shamefully berate Tompolo who has constantly sacrificed alot in maintaining the relative peace across the Niger Delta region with unbroken track records.

“Its on record that despite the pipeline security awarded to some firms, oil theft and pipeline vandalisation is on the rise and its a noticeable fact by NNPC and the federal government that Tompolo is the only man that can come to the rescue before our economy nose dive to a level that will take us back to the woods.”

Similarly, a stakeholder and downstream industry player, Mr. Erefoluwa Keka, advised the GMD of NNPC, Malam Mele Kyari, to ignore what he described as “distractive rant by Mohammed Kazeem’s group” and go ahead with award of the pipelines’ surveillance contract to Tompolo.

Keka wondered what was the interest of Arewa Youths on competent locals monitoring oil and gas pipelines which pass through their communities, whereas they (Arewa Youths) have not offered the necessary intelligence to the Nigerian military, to stop banditry and terrorism in the North.

“That call by Arewa Youths should be thoroughly investigated because it makes no sense to call on the management of the NNPC to stop the award of pipelines’ surveillance contract to community leaders in the riverine and rural areas of Delta State, that have handled such projects in the past with huge positive result.

“I am particularly shocked by the statement of Abdulsalami Mohammed – Kazeem, considering the fact that the country’s daily production of crude oil has plummeted to an abysmally low 1.417 million barrels (short of OPEC production quota) due to pipeline vandalism/crude oil theft.”

On the same vein, an Ijaw socio-religious group, the Egbesu Brotherhood, which Tompolo is a priest, said the accusations against Tompolo by Arewa Youths was unfounded and should be ignored.

Deputy Leader of Egbesu Brotherhood, Mr Ellington Bakumor, rather commended President Buhari, for the steps taken in ensuring peace in the Niger Delta region and for considering Tompolo for the contract.

“We woke up to the news of some unscrupulous group calling on the Federal Government not to award pipeline surveillance contract to Tompolo, I took out time to go through the sentimental press release and found that it was based on unfounded accusations and does not even make sense.

“I believe our respected president is well abreast with security reports around the nation, the Niger delta has been the most stable and peaceful region in recent times and the president knows the effort of these leaders, Tompolo in particular has contributed immensely to this.

“So the accusations of this group that is clearly sponsored by unfriendly elements and conflict merchants who survive by causing conflict and commotion in the region and who only seek to cause more mayhem holds no water.

“We want to thank Mr. president for his Proactive steps in ensuring there’s more peace in the Niger delta water ways by considering Tompolo and extending a hand of fellowship and friendship to him, as he has selflessly been the peace keeper of the waterways and the Niger Delta in general, we urge him to ignore calls from mischief makers as their motive is to lead the region into another round of restiveness and chaos.”