on: September 13, 2012In: Community Development 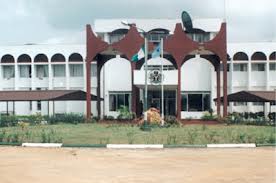 However, a source close to the commission, who pleaded anonymity, told our reporter, shortly after the House session, that “this is just a mere smokescreen because some of them have interest in contract execution, which they want at all cost without following due process. So we are not surprised they are coming up with this rash decision. Secondly, they have no power to dissolve the board as they can only advise the governor on the issue.”

The nine-member commission, led by Mr. Oritsua Kpogho, was sworn in by Governor Uduaghan on August 25, last year after the exit of the pioneer chairman, Chief Wellington Okirika.

At the sitting of the House, Wednesday, the Deputy Majority Leader, Mr. Johnson Erijo, who moved the motion under matters of urgent public importance, said that 26 out of the 29-member House had already signed a vote of no confidence on the commission.

The motion reads: “That this House in accordance with section 12 of Delta State Oil Producing Areas Development Commission 2006, as amended, do hereby dissolve the Chairman and members of DESOPADEC with immediate effect for lack of performance and total inefficiency of duty.