Port Harcourt — The Rivers State House of Assembly has approved the request by Governor Nyesom Ezenwo Wike, to explore an out of court settlement with NNPC Limited over the state’s ownership stakes in OML 11, and other related oil and gas assets in the State. 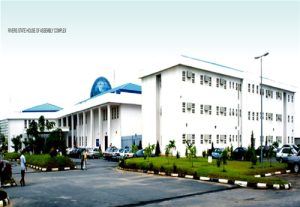 Speaker of the House, Rt. Hon. Ikuinyi-Owaji Ibani, while commenting on the significance of the request, said the out of court negotiation with NNPC Limited was for the overall interest of Rivers people, as well as for the growth and development of the State

Ibani explained that alternative dispute resolution solves a lot of problem in the society, as well as saves time and money.

“Philosophers who brought about alternative dispite resolution in the legal profession and adjudication did well and this is one of such situations where both parties can benefit.

“Alternative dispite resolution is a symbiotic relationship where both parties will benefit. You can see that both the Rivers State Government and NNPC Limited will benefit.

The Speaker who raised a vote for the approval of the request, thanked members of the House who contributed to success of the approval.

He urged the clerk of the House to ensure that the resolution of the House is ready for onward transmission to the governor as soon as possible.

“If you are in support that the House should grant consent to the Rivers State Government to negotiate an out of court settlement with the NNPC Limited as well as act in whatever manner neccessary to achive and secure the best economic interest for the state from the state existing interest in OML11 and other associated oil and gas assets.

“Including approval to utilize and disbursed whatever proceeds thereof for the conclusion of all ongoing infrastructural projects and the delivery of other services for the benefit of our people, can you indicate by raising up you hand.

“From the result of the vote, the House has given approval for the Rivers State Government to negotiate an out of court settlement with the NNPC Limited in OML11, and other related oil and gas assets in the State.”