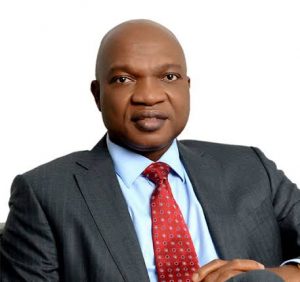 House Committee Chairman on Petitions and Public Complaints, Evans Bipi, had presented a committee report on threats to demolished over 800 houses in Umuebule community allegedly by SPDC through the State Ministry of Physical and Urban Development, without agreed compensation to property owners.

Bipi, who is also the Chief Whip of the House, said Shell has refused to appear before the committee despite numerous invitations, adding that the committee has recommended that SPDC should pay for all the properties marked for demolition.

“Mr. Speaker, the recommendations are there. The Rivers State Government itself intervened in the matter in 2015 and 2016 through the office of the secretary to the state government.

“The Umuebule people, some of them have been compensated while Shell wants to use all their powers to do away with the people without compensating the rest of the people,” Bipi said.

Speaker of the House, Ikunyi Owaji-Ibani, while commending the committee for the report, warned SPDC to honour the House invitation, to address the matter.

“The committee has been empowered to invite petitioners and respondents, yet some organisations would think the legislature is one place that they can deal with, especially Shell.

“But we have to send a warning signal, when you allow a bad conduct to stay overnight in the house, it becomes the culture of that family. We will not allow Shell to rubbish the institution of the legislature.

“The House has resolved that the management of SPDC should appear before an executive session of the Rivers State House of Assembly on a date and time to be fixed by the Speaker; and explain their actions and inaction, why they cannot appear before a legitimate committee of the House.”

Earlier, Majority Leader of the House, Martins Amaewhule, and other members during debate, expressed displeasure over how SPDC allegedly treated the House with levity.

“Mr. Speaker, if SPDC refuses to honour the invitation of the Speaker of this House, we have no option than to direct the management of SPDC in Rivers State to be arrested and brought before this Assembly.

“Mr. Speaker, you can just imagine that SPDC will operate in our state and when issues that bother on them are reported to us, we will invite them and they will refuse to honour our invitation,” he said.