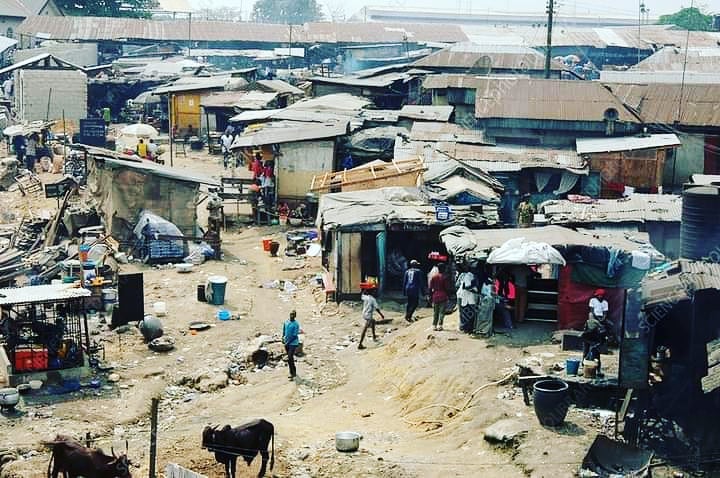 Port Harcourt — The Rivers State Government says it was considering the demolition of makeshift buildings and shanties, around premises where petroleum products tank farms are located.

This is as there was a heavy fire outbreak at the weekend in Abonnema Wharf in Port Harcourt, an area with heavy concentration of tank farms.

Properties and goods worth millions of Naira were destroyed following the fire outbreak near a tank farm at Abonema Wharf, with flames of the heavy inferno spreading faster to buildings around the area.

Although the actual cause of fire was unknown, however, due to ongoing scarcity of premium motor spirit, petrol trucks were parked indiscriminately on both sides of the road.

Speaking on the development, the Rivers State Commissioner for Energy and Natural Resources, Dr. Peter Medee, said the Abonnema Wharf fire outbreak was caused by illegal storage of petroleum products.

Medee explained that residents around the area used shanties and makeshift buildings to store petroleum products and other inflammable substances which ignite fire at the slightest mistake.

He pointedly said that the state government was considering the demolition of the makeshift buildings in premises where petroleum tank farms are located.

He added that other unapproved places will be demolished to forestall the reoccurrence of the outbreak.