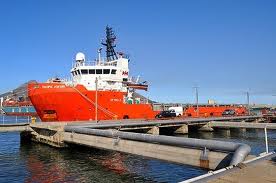 The International Maritime Bureau’s Piracy Reporting Centre received word of a boarding of an offshore tug at the port of Takoradi at 04:00 local time.

The report said the robbers stole ship stores and threatened the duty watchman before fleeing in a canoe. There were, however, no injuries to the crew.

An informed source said the tug, described as a supply vessel, was Liberia-flagged and about 2,000 gross tonnes.