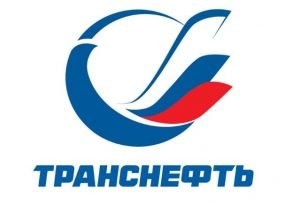 The documents seen by Reuters certified the oil deliveries from March 30 to April 19, the period when the worst contamination of Russian oil in decades was taking place, at the place prosecutors said was the source of the contamination.

Russian prosecutors have detained two executives with the small oil transport firm, which is called Nefteperevalka. Prosecutors identified them as Nefteperevalka General Director Svetlana Balabai and her deputy, Rustam Khusnutdinov.

Russian prosecutors have charged a further two people, who are being sought by police: Roman Trushev and Roman Ruzhechko, according to a copy of the charges against them seen by Reuters. Trushev is a former Nefteperevalka owner and Ruzhechko is general director of a company called Samartransneft-Terminal that used to own Nefteperevalka.

Prosecutors did not say on what basis they made that conclusion. A lawyer for Balabai said she was not guilty of the charges. Trushev’s lawyer said Trushev was not guilty. A lawyer for Khusnutdinov and a lawyer for Zhogolev declined to comment. Reuters was unable to reach Balandin or his representatives. A lawyer for Ruzhechko said there was nothing in the prosecutors’ files that proved his client’s guilt.

Transneft boss Nikolai Tokarev has said the contamination was the fault of the firm that supplied the oil, though he did not identify the company by name.

Asked about the documents, Russia’s Investigative Committee, the state body that investigates major crimes, did not respond to a request for comment. Phone calls to Nefteperevalka headquarters went unanswered. A number listed for Petroneft Aktiv was out of service. Reuters was unable to find contact details for Magistral.

Russian President Vladimir Putin said the incident hurt Russia’s reputation as a reliable supplier. The question of who is to blame for the incident is closely watched by Russian oil buyers.

Oil majors such as France’s Total have said they have suffered losses amounting to tens of millions of dollars from contaminated oil and will seek compensation. Transneft has said it will consider paying compensation but has yet to reach agreements with buyers.

The documents seen by Reuters certify that oil delivered into the pipeline network by Nefteperevalka at an intake terminal it owns in the central Russian Samara region met technical standards set by the Russian state.

Reuters was not able to independently verify the authenticity of the documents.